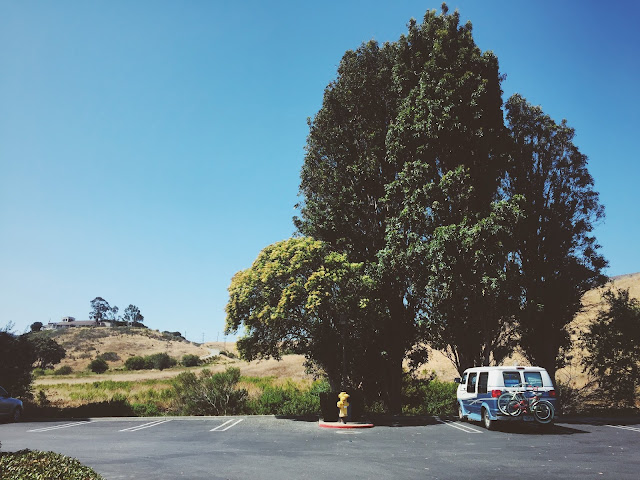 I have recently returned from a two week road trip down Highway One in California and am currently prepping the posts for all the places we visited. In the meantime I wanted to share  a few tips I found useful for the trip.

There are plenty of blogs and websites out there with tips for preparing for a road-trip. However I found not all of it was relevant to me. I have to put together my tips which have found useful for travelling on the road abroad.

When you're abroad you don't want to have to pay crazy charges for data and 4G connection. However most people rely on their phones for getting around places and directing them via maps.
There is a way around this without paying or 'bundles' or 'bolt-ons'.

Download the Google Maps App onto your phone and iPad before you leave and if you don't already have, set up a Google account.

Using your Google account, go to Maps and locate all the hotels, places, restaurants you want to visit. Once you find each one 'save' them. This leaves a star on their location.

Once you have saved all the locations that may be off interest, save and download the map. You can do this on both the iPad and the iPhone. However if you do it on the iPhone you have the added benefit of seeing your location. Even though you may have roaming off, it can still work out your location via other devices around you (I believe). However if you are in the wilderness and there isn't many people around, your location won't be shown. 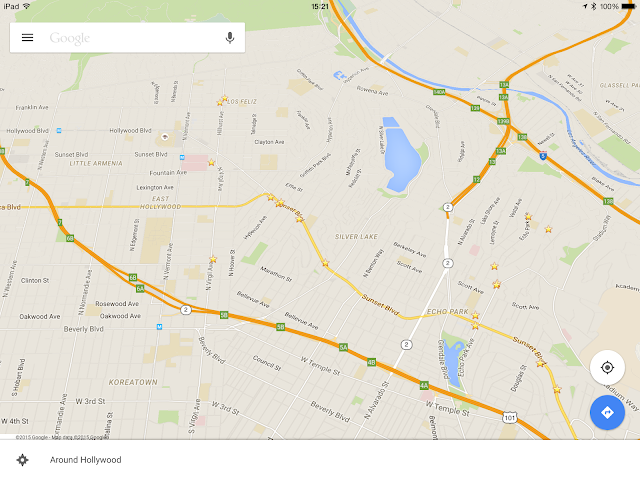 When travelling on a road-trip you may end stay only one or maybe two nights at different locations an unpacking and re-packing can get stressful. Ideally each evening you could work out what you'll want to wear out that evening and the following day and pack it all into a smaller bag rather than taking in your massive suitcase. However being this organised on holiday, never happens! 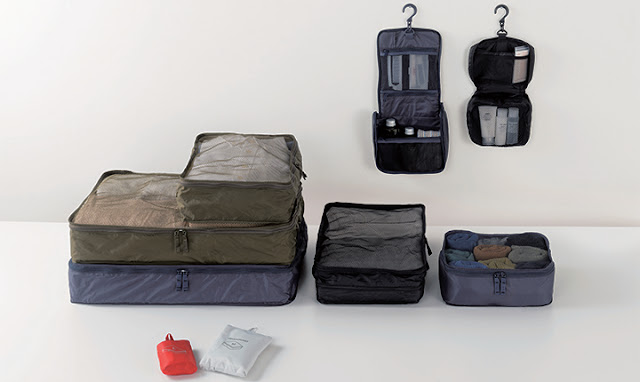 I found the MUJI garmen bags great in preventing complete chaos inside my suitcase. Two large bags, one for tops and jumpers and the second for trousers skirts and dress. Then a medium two sided bag for undies and also another for swimwear. Getting the two sided bags means you can put any dirty laundry in a separate compartment. Pure genius!

You can easily take the bags out of the case and into draws without any faff and vice versa.

It is a lovely idea to play everything by ear and just to drop into fantastic restaurants as you find them in the evening. However any decent restaurant will usually be booked up a few days in advance plus on your first evening somewhere it's nice not to ave to think about where you can eat. By the following evening you may got a better feel for the place and may have spotted another place you want to go.

STOCK UP YOUR CAR

I makes sense to go to supermarket and buy both big and small bottles off water, a few bottles of beer and nibbles that don't need refrigeration at the beginning. You're in car, you might as well take advantage of it. So when you arrive at any given location you already have some basics at hand.

If you're heading out on a road-trip hope you have as much fun as we did! 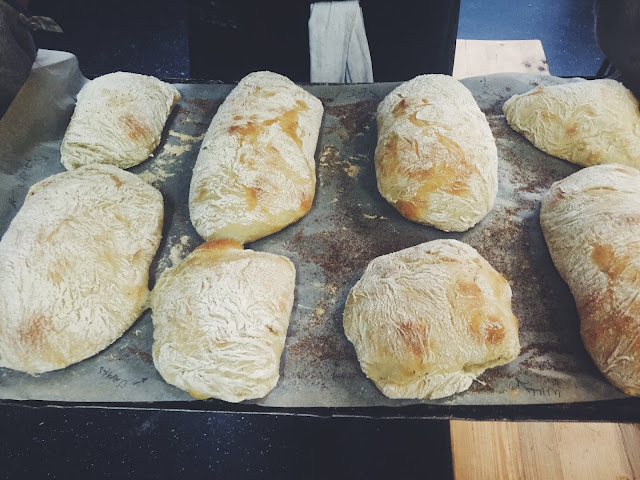 On one of the hottest days of the year, I was taken along to a one day bread making course in London Fields, situated in three disused railway arches under the overground railway. The course was at the E5 BAKEHOUSE who have been going since 2011. The course had been given to me as a birthday gift back in April. 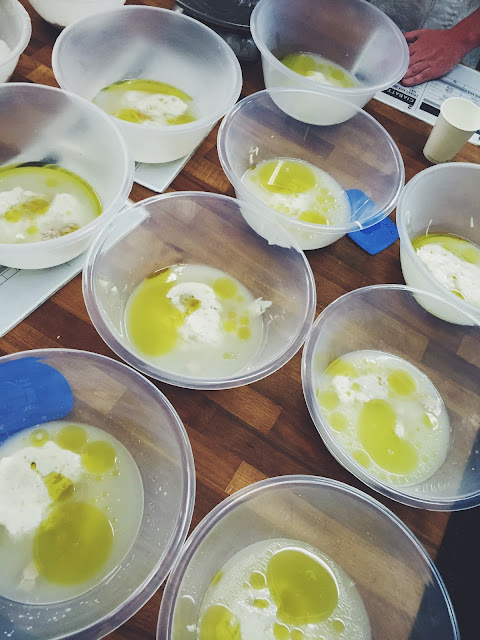 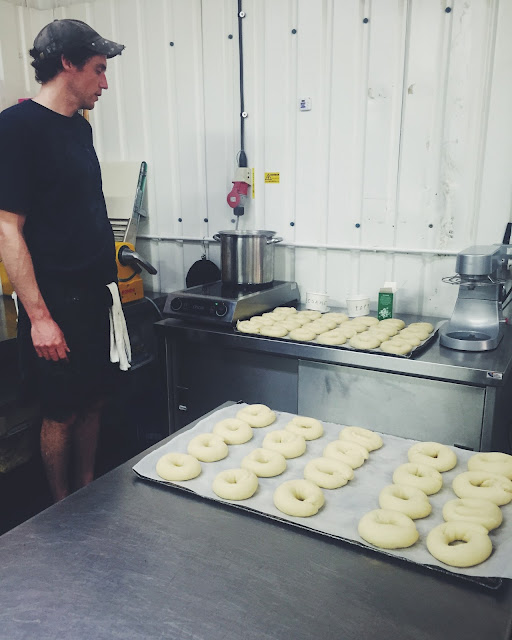 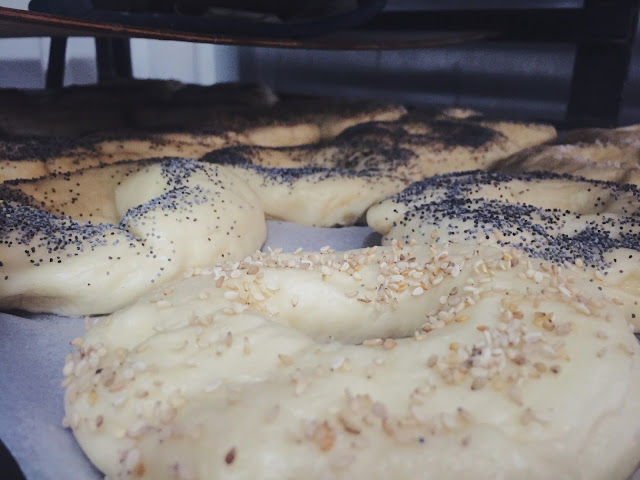 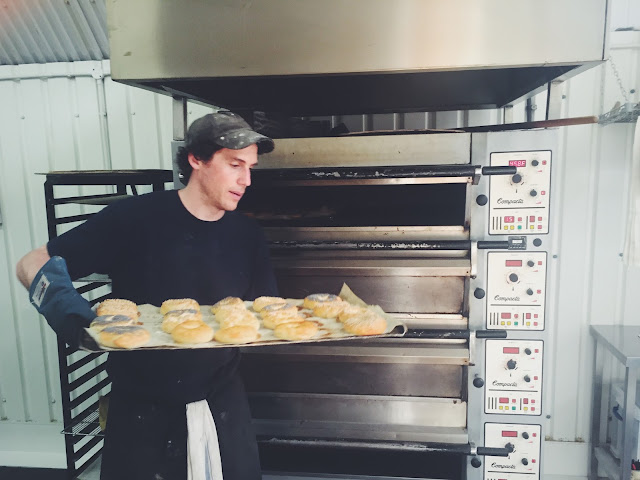 Will (the guy above taking the bagels out of the oven) was our tutor for the day and took us through the whole process of working with sourdough. From making a leaven, starter, kneading dough, to some fantastic tips of how to bake a good loaf at home without a proper 'bread' oven.

There were ten of us on the course, some local and some who'd travelled from further field. After a cup of coffee and some delicious fruit buns, we were set up with our aprons and team mates ready for the four breads we were to make.

Hackney Wild (just prepped the dough, so could be baked at home)
Sourdough Bagels
Rye
Ciabatta 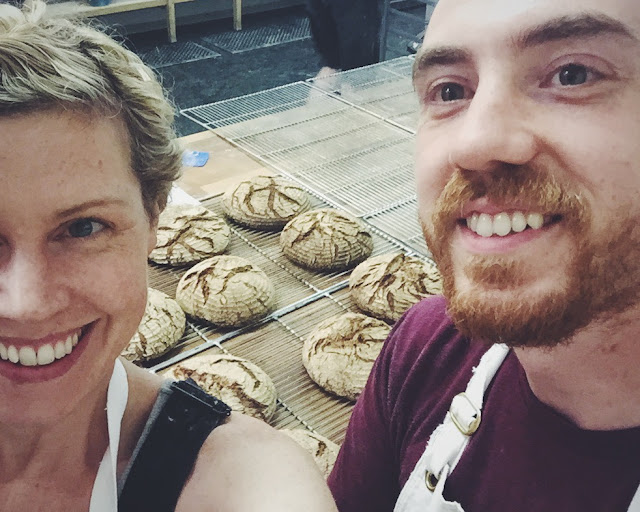 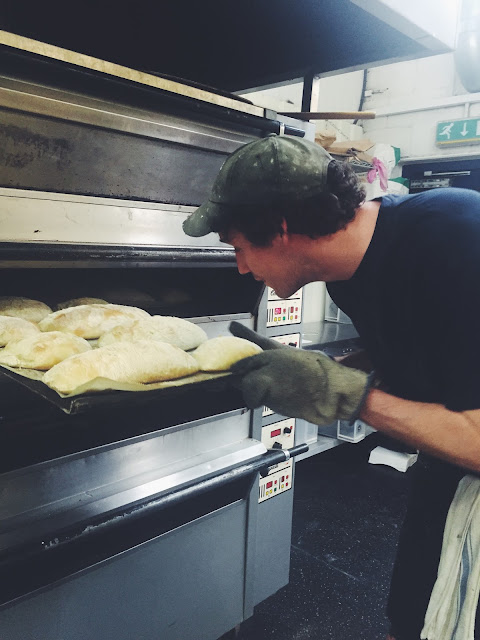 There are two kitchens at the back of E5 Bakehouse, so that whilst the courses take place the actual bakery can continue with creating the never ending supply of delicious loaves.
Half way through the day we were given a quick tour of the main working kitchen. WOW the speed in which these guys work is impressive! See the quick little video below that I managed to capture on my phone (hope the video works ok). We were all in awe of the speed and preciseness of the bakers.

We were then taken to the third and most recent arch, that holds the grain store. This is newest addition to the bakery and is currently a working progress. The plan is to mill 'heritage' gains and create their own batches of flours.
It was fascinating to hear how the old 'heritage' grains have nearly but all disappeared due to preference of fast growing but less nutritious wheats. Their aim is to source the small growers of these more nutritious wheat growers which are notoriously harder to grow.

After our insightful tour we went back to our kitchen where a delicious lunch of salads, soups and breads had been set out for us. 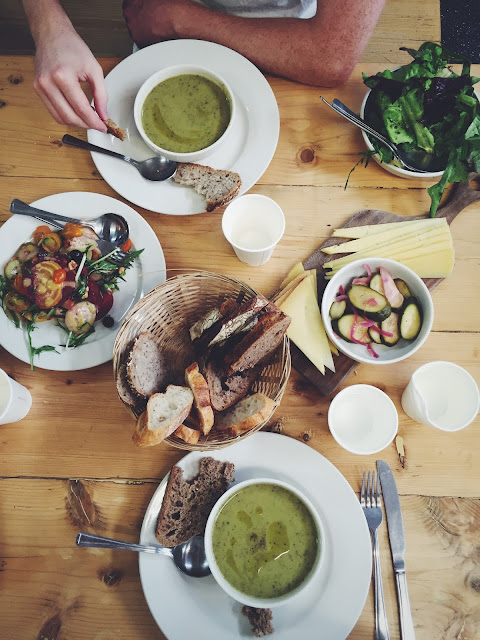 At the end of the day Ben and I walked out with 7 loaves, 2 prepped doughs and 8 bagels!  good thing we took a couple of massive sacks with us to carry it all home in.
Fortunately we'd previously contacted a few local friends to pop over that evening to try out our creations! 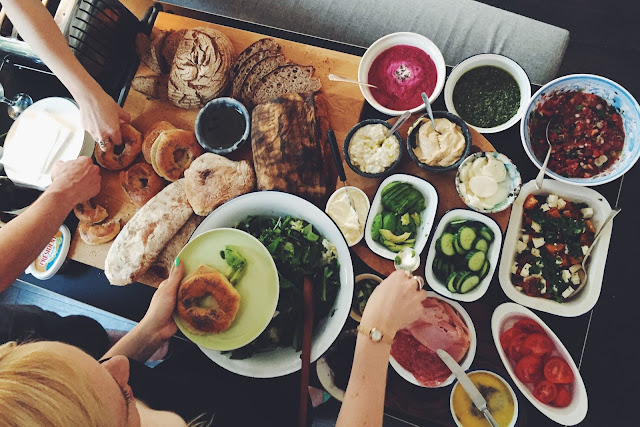 You probably noted that we also took home two balls of proving dough, to bake at home. You'd think that these wouldn't have come out as well as the loaves cooked in the professional bread ovens.. well you guessed wrong! Will, gave us one of the best tips ever for creating a superb loaf (if not better than in a professional bakers oven) and that is to bake the loaf in a large Le Creuset casserole dish. The trick is to heat the empty casserole dish and lid in the oven, until the oven is up too temp (Depending on the loaf and oven, we did it at 220c) Once up to temp carefully take the dish out of the oven and place the proving dough into the dish replacing the lid.
By baking the bread inside the dish, means the outside crust won't dry out and will keep in the moisture and allow the loaf to rise more than if it was baked directly in the oven.

I can't recommend the course enough and look forward to creating a new leaven for my very on sourdough soon! All in all a superb birthday present which I shall enjoy again and again.

E5 Bakehouse
395, Mentmore Terrace, London E8 3PH, United Kingdom
Breakfast, brunch or lunch.
7am until around 7pm every day of the week.
Serving lunch between 12 and 3pm.
www.e5bakehouse.com
No comments: 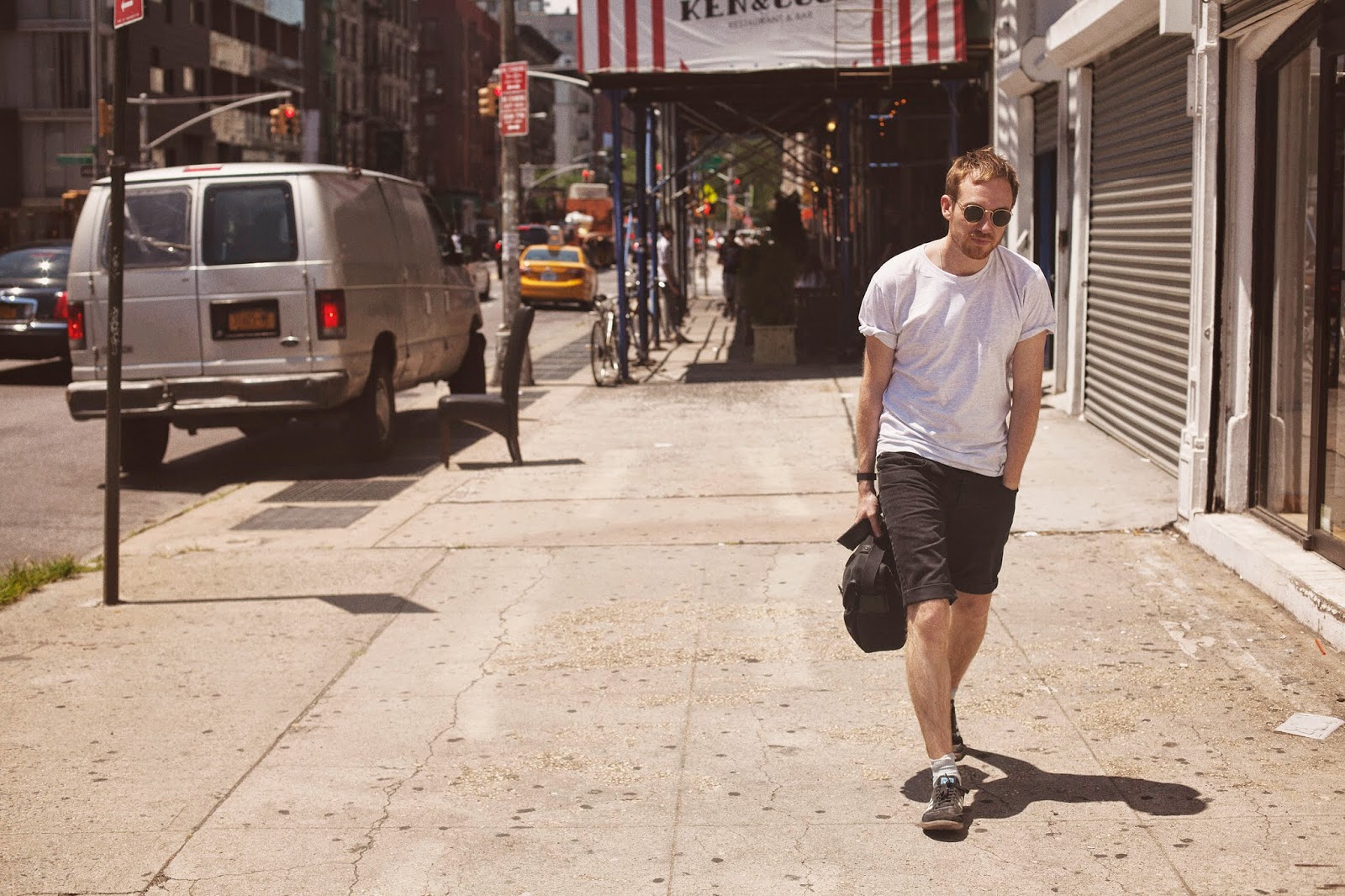 It was a last minute decision, after finding out Ben's film had been accepted only a month before the festival. This last minute decision meant that we'd see the Premiere of Ben’s first ever film being screened at The Bicycle Film Festival, New York! How can you say no to that? 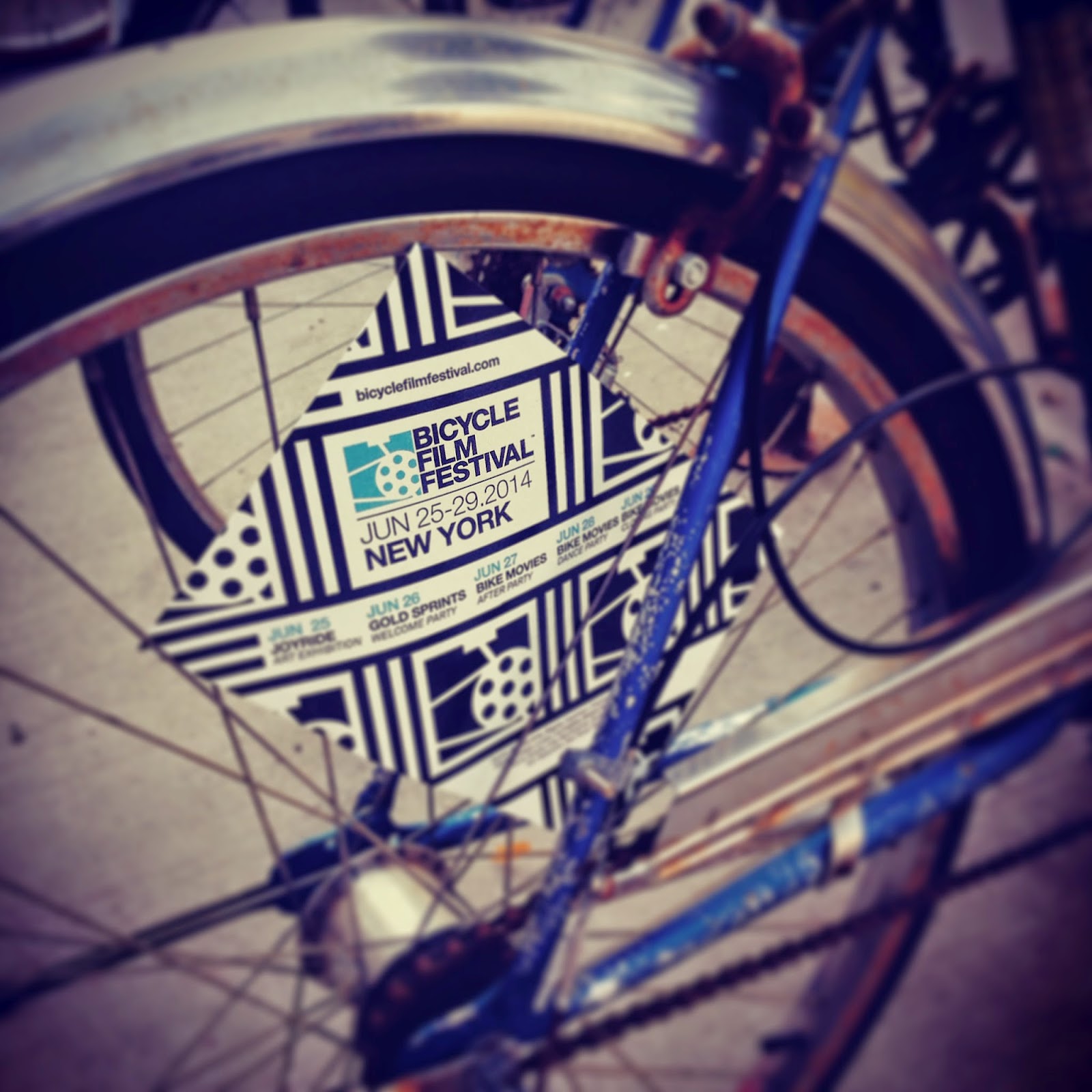 I’d been introduced to The Bicycle Film Festival at the Barbican in London, a few years previously by Ben. The festival is over a week showing different genres of films that are all related to bicycles in some way or another. It is no wonder Ben already knew so much of BFF before he’s even considered entering it as he has such a strong interest in bikes.

The barbican had been great but New York, was on another level. That was probably down to the fact that NY is the original birth place of the BFF plus the home town of the founder, Brent Barber. Showcasing so many fantastic genres of films but also included alley cat race, an incredible group art show called “Joyride,” at Marlborough Gallery’s Broome Street location that ran throughout the festival and obviously a party every evening.

All the films were shown at the Anthology Film Archives, a location which in itself holds a lot of nostalgia for film buffs. It reminded me of the Ghost Busters! 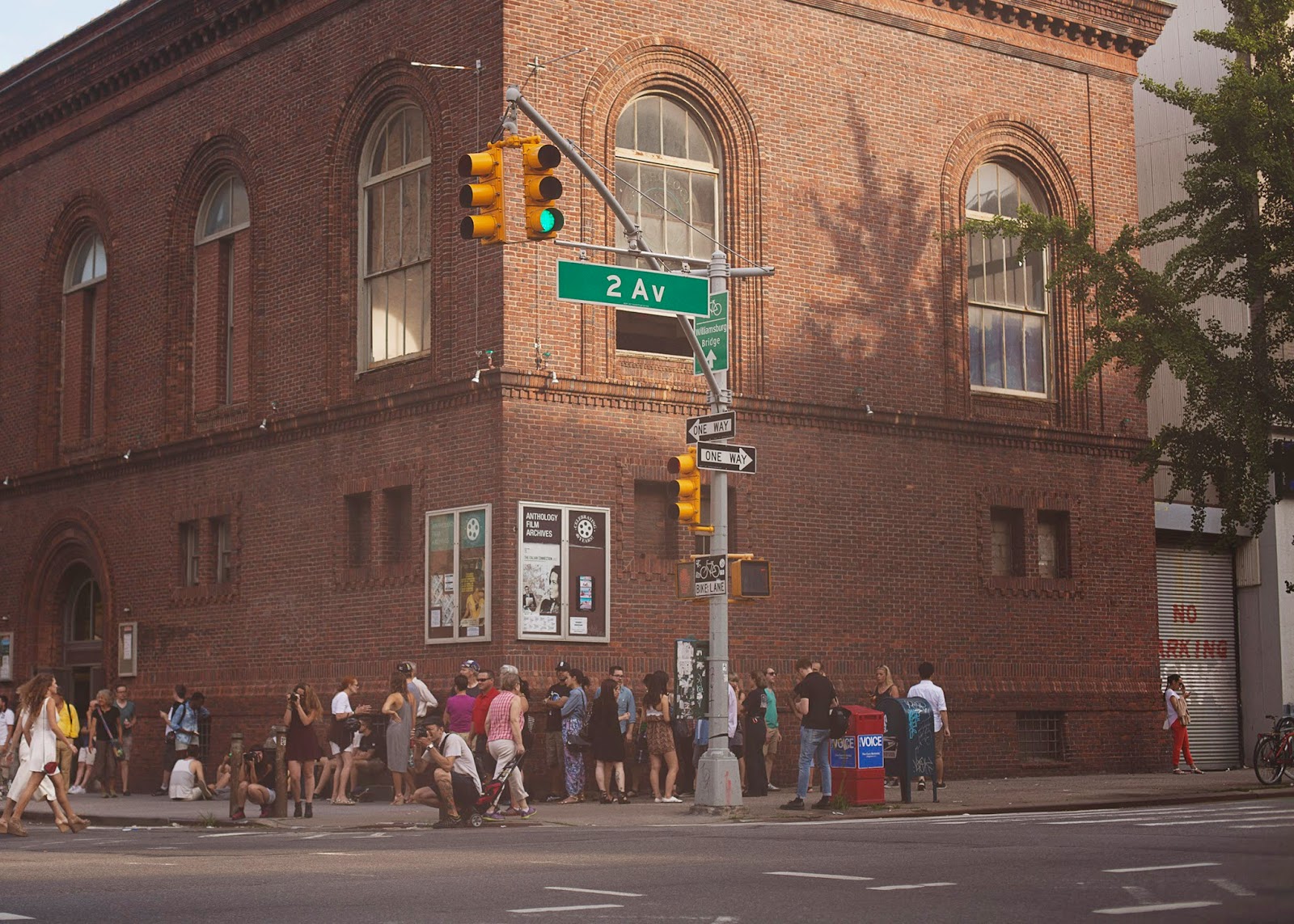 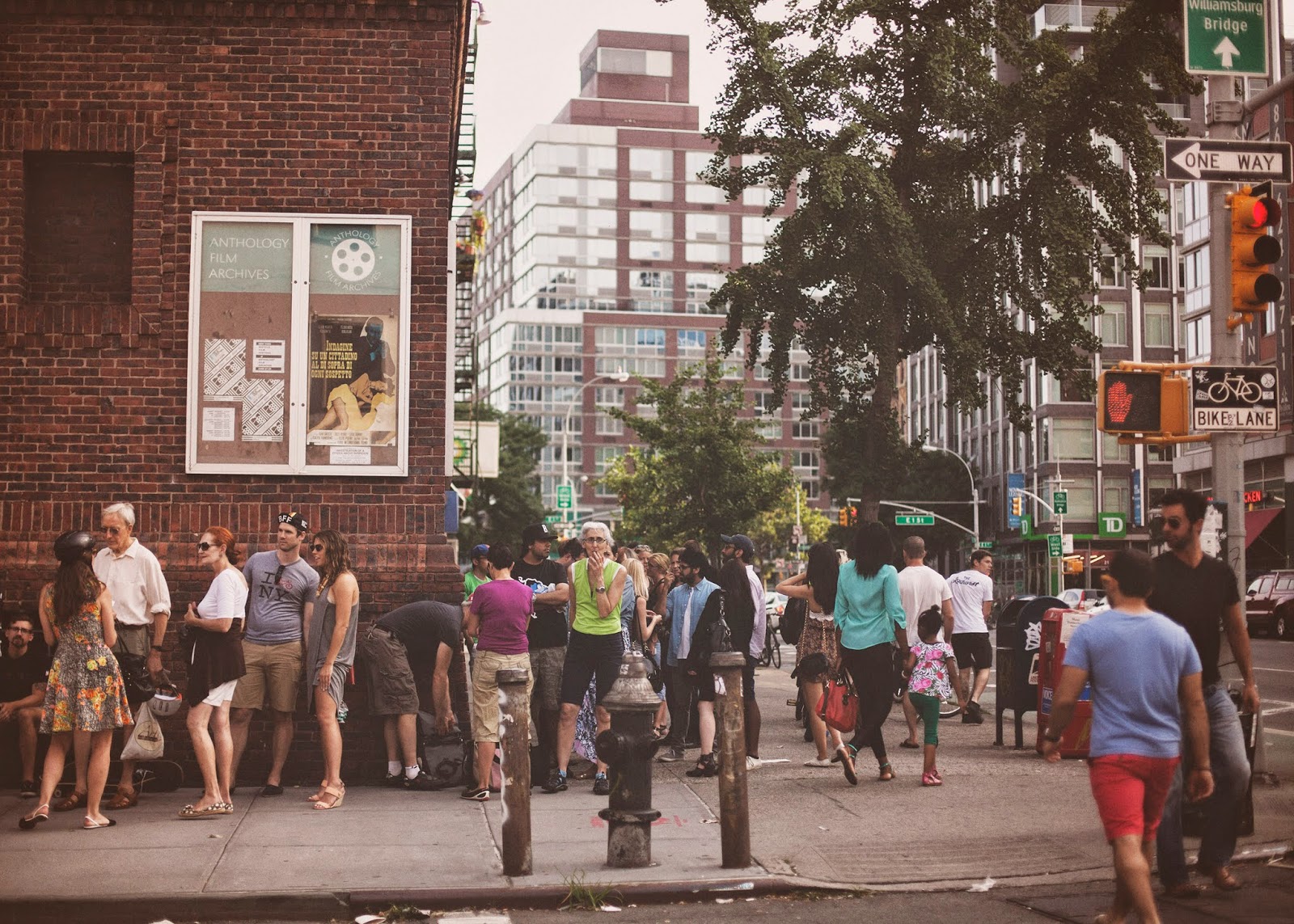 Brendt Barbur,  the founder, launched the festival back in 2001 in New York after he was hit by a bus in NY whilst riding his bike. Instead of backing away from cycling he wanted to celebrate cycling. So the BFF became the catalyst for the Urban bike movement


“One of the most powerful & culturally relevant forces of the last decade”. 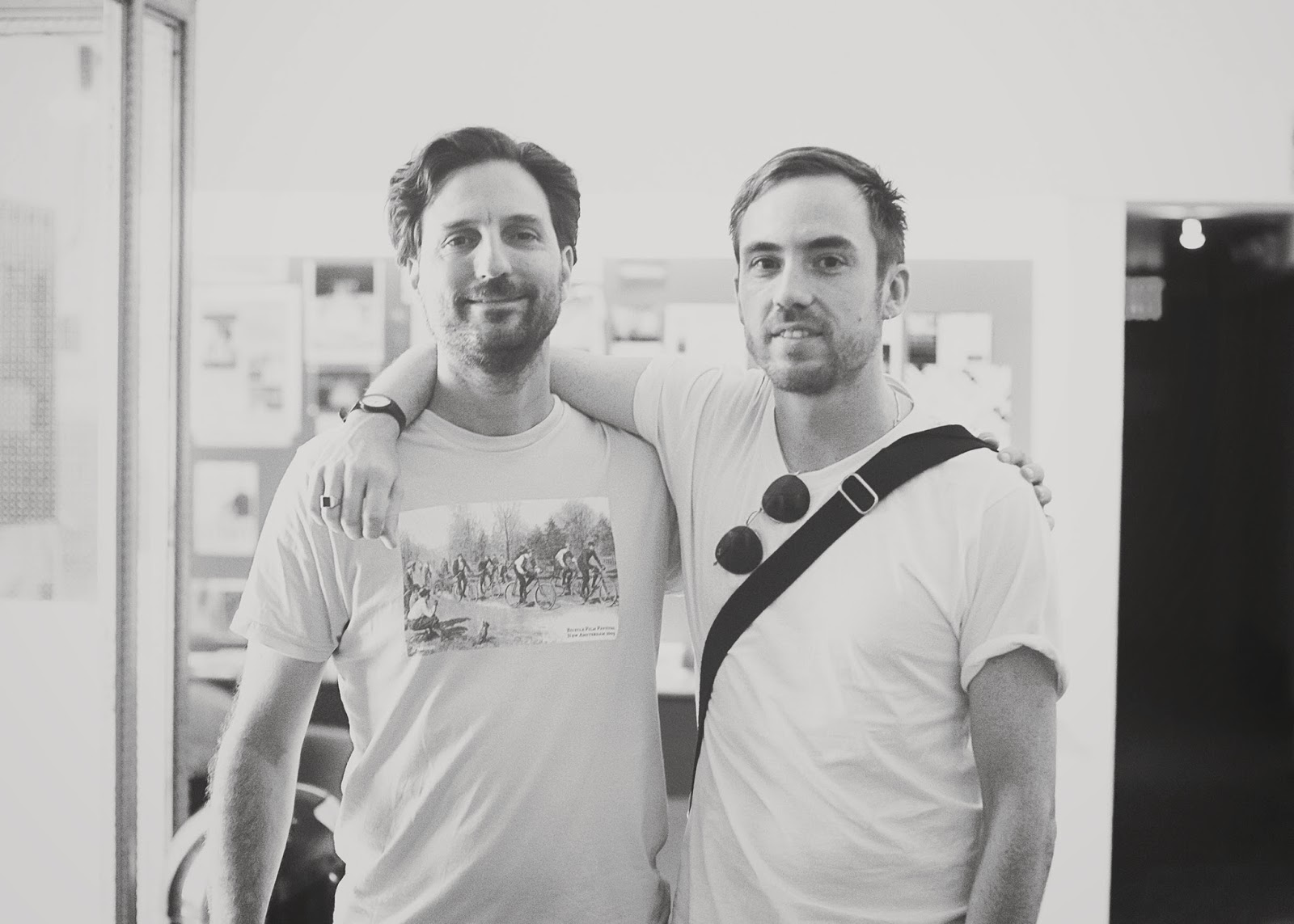 The Coldest March, Ben's film, is a documentary style film about two friends who try to cycle from John O’Groat’s to Lands End on the same bike. Cycling 75miles in 6 hour stints each none stop for three days. Whilst one cycles the other sleeps in the support crew camper van.

Deciding that warm spring weather would be ideal for the event they decided that March would be the right time to go. March 2013 turned out to the coldest March for 50 years with temperatures plummeting to sub zero temperatures, flash floods and snow blizzards. Ben captures the journey, camaraderie and a sense of the united kingdom scenic landscape. Watch the trailer HERE

The festival now travels to over 50 international locations including Brazil, Hawaii, Russia, Canada, Spain … to name a few. Which also means that Ben’s film may also be travelling to these locations as well!

Lucas Brunelle - a fantastically interesting guy and cyclist, arrived along with one of Alley cat races for the premiere of his film at the BFF. If you don't know this man is have a watch of the trailer for one of his better known films' Line of Sight' . This will give you an insight to a world of cycling you may have never seen before.
LINE OF SIGHT - Official Trailer

I was pretty much at the edge of my seat the entire time I watch this film and now have a true respect for any NY bike courier!! 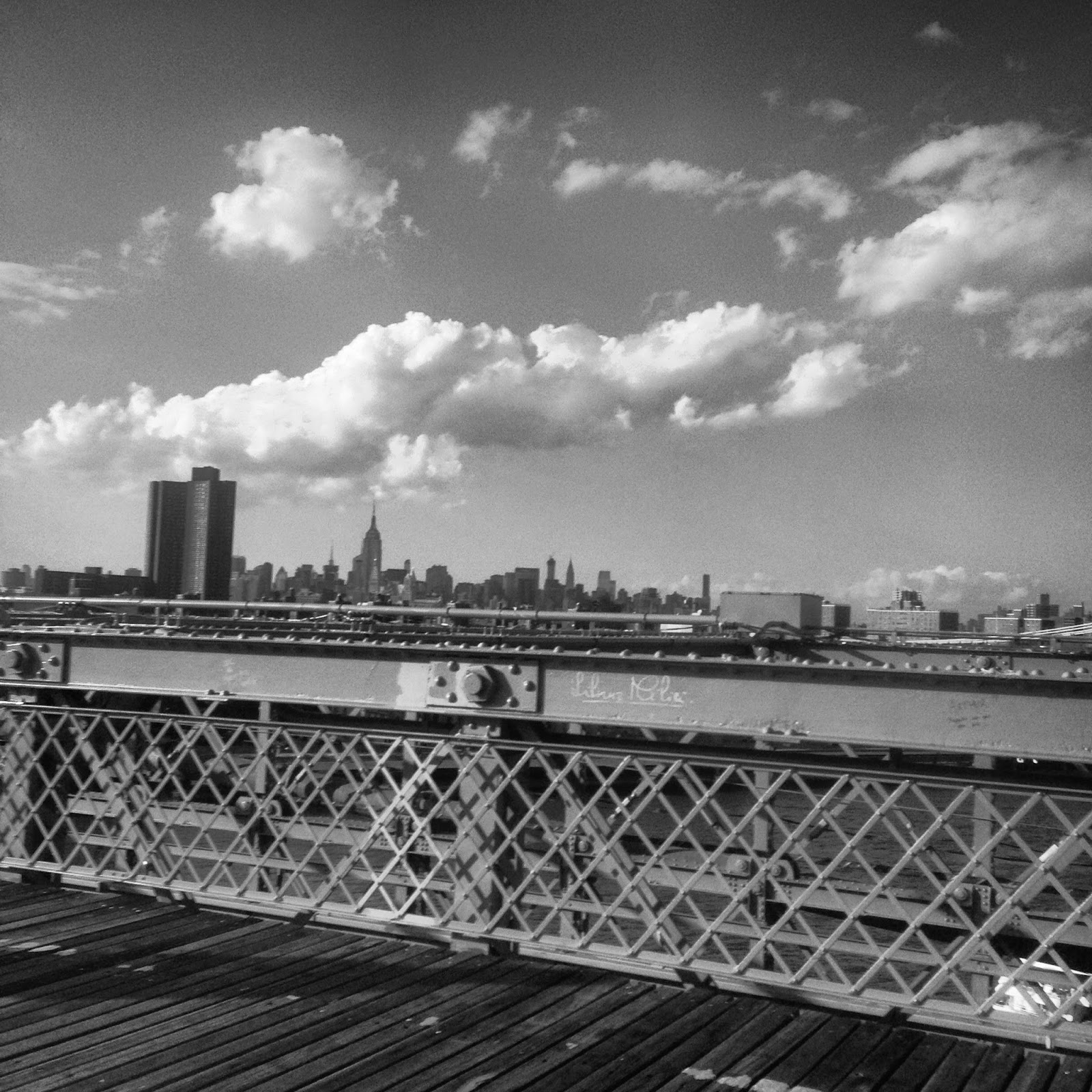 Whilst in New York we were given some tips on places to visit by my old School friend Sophie Richards. One of the places on her list was Fette Sau which is based in Williamsburg, across the Brooklyn Bridge. FETTE SAU meaning FAT SOW in German or best known as FAT PIG has been remarked to be one of the best New York's BBQ scene. 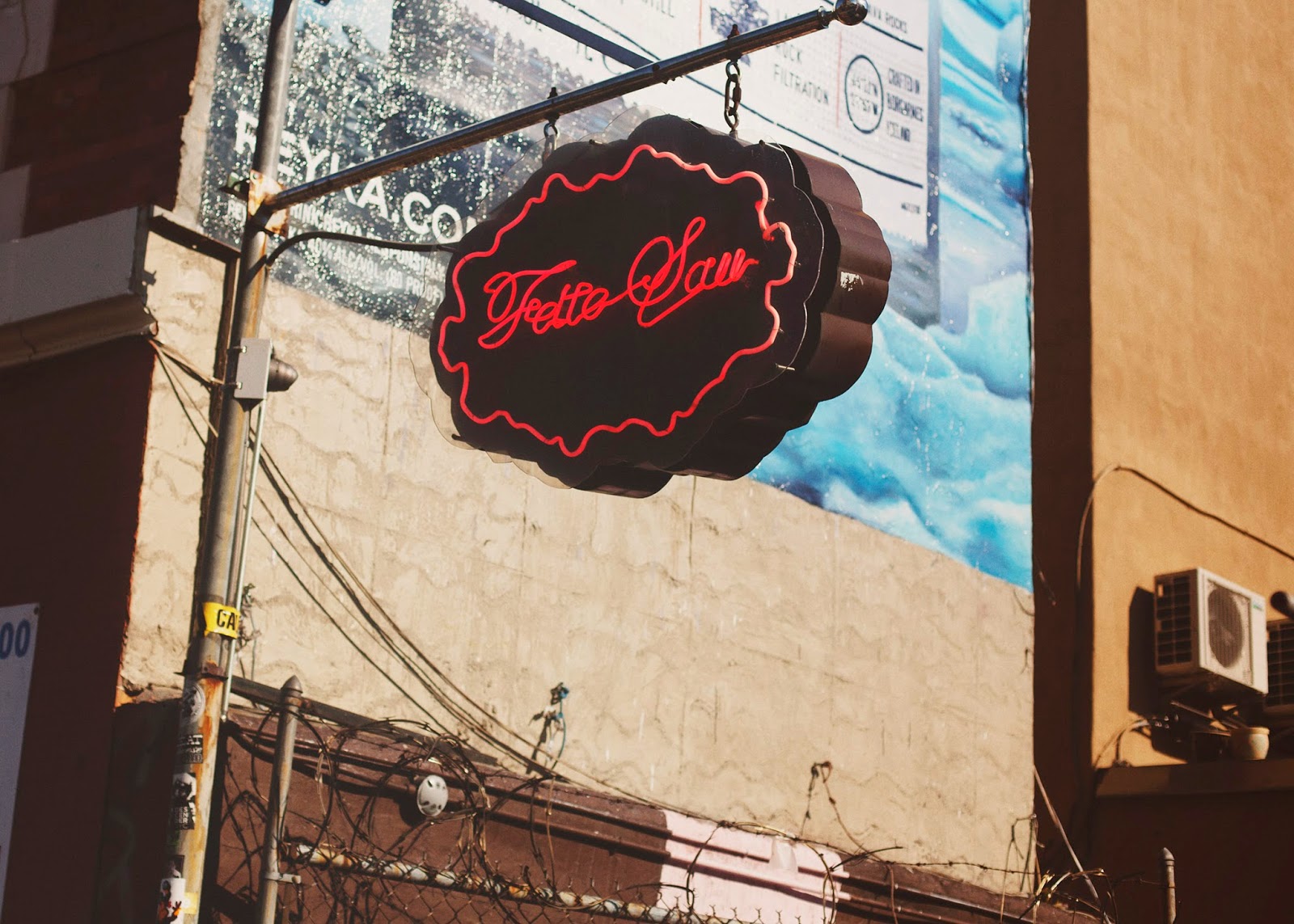 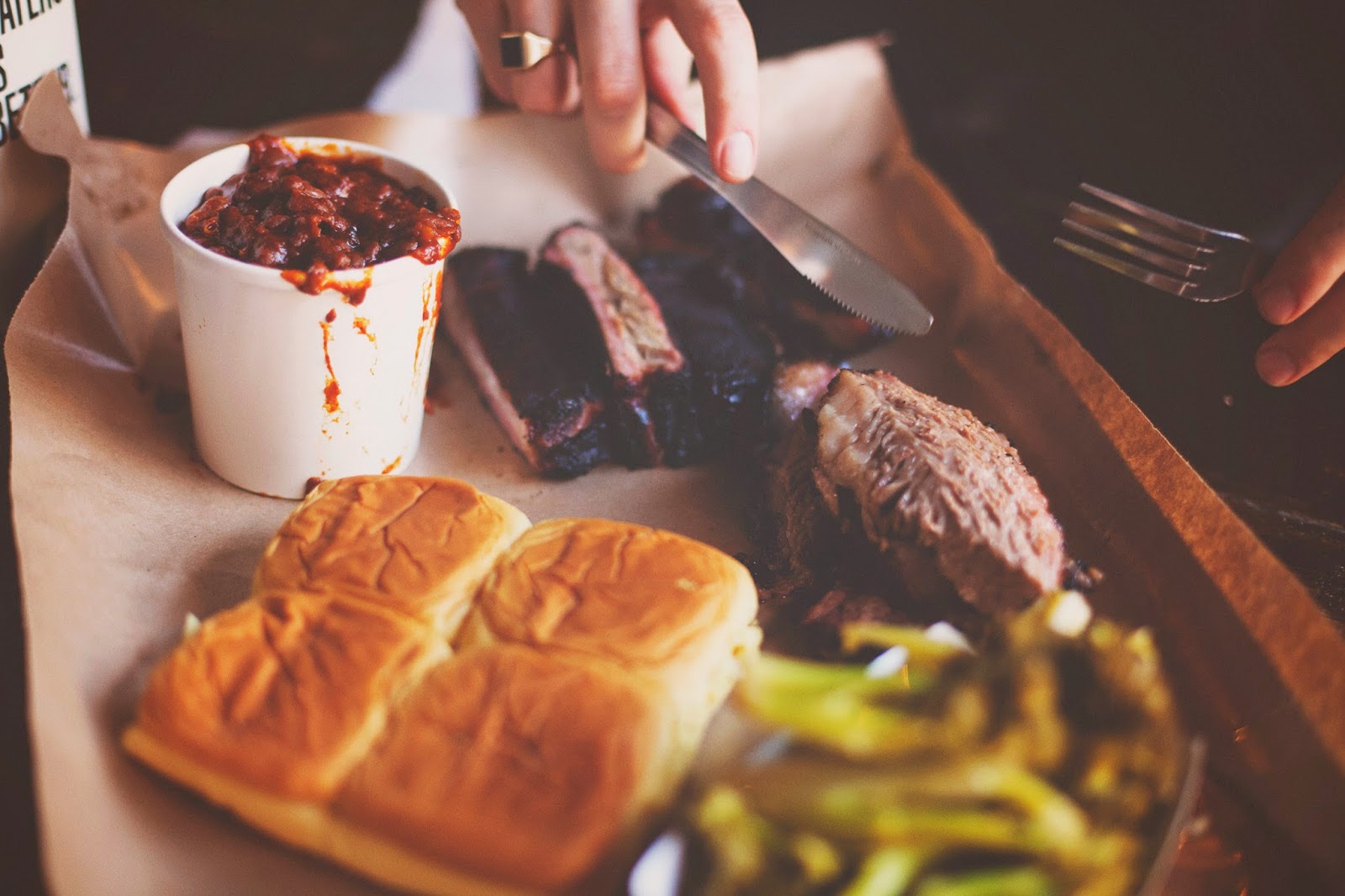 This place reminded me a lot of Shoreditch, housed in a converted garage and served spectacular smoked meats by the pound. Ben was in heaven!

The menu was the following:

There's no sitdown service at Fette Sau, food is eaten at shared tables, after waiting in a typically long que to place your order. Told you it was like Shoreditch!

Fette Sau is located at 354 Metropolitan Ave between North 4th and Roebling Street in Williamsburg, Brooklyn (718-963-3404, fettesaubbq.com). If you like meat, you will love this place! 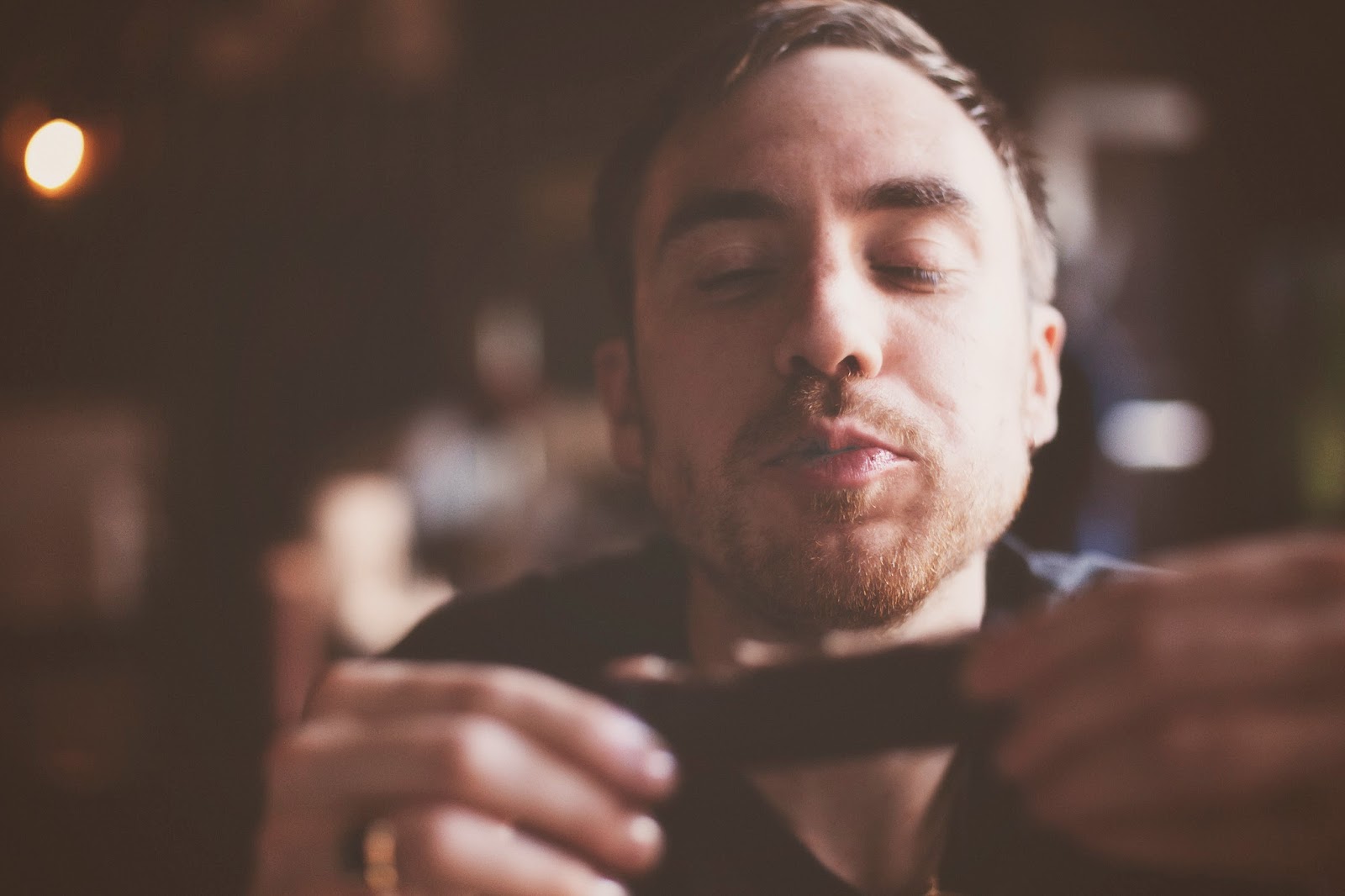