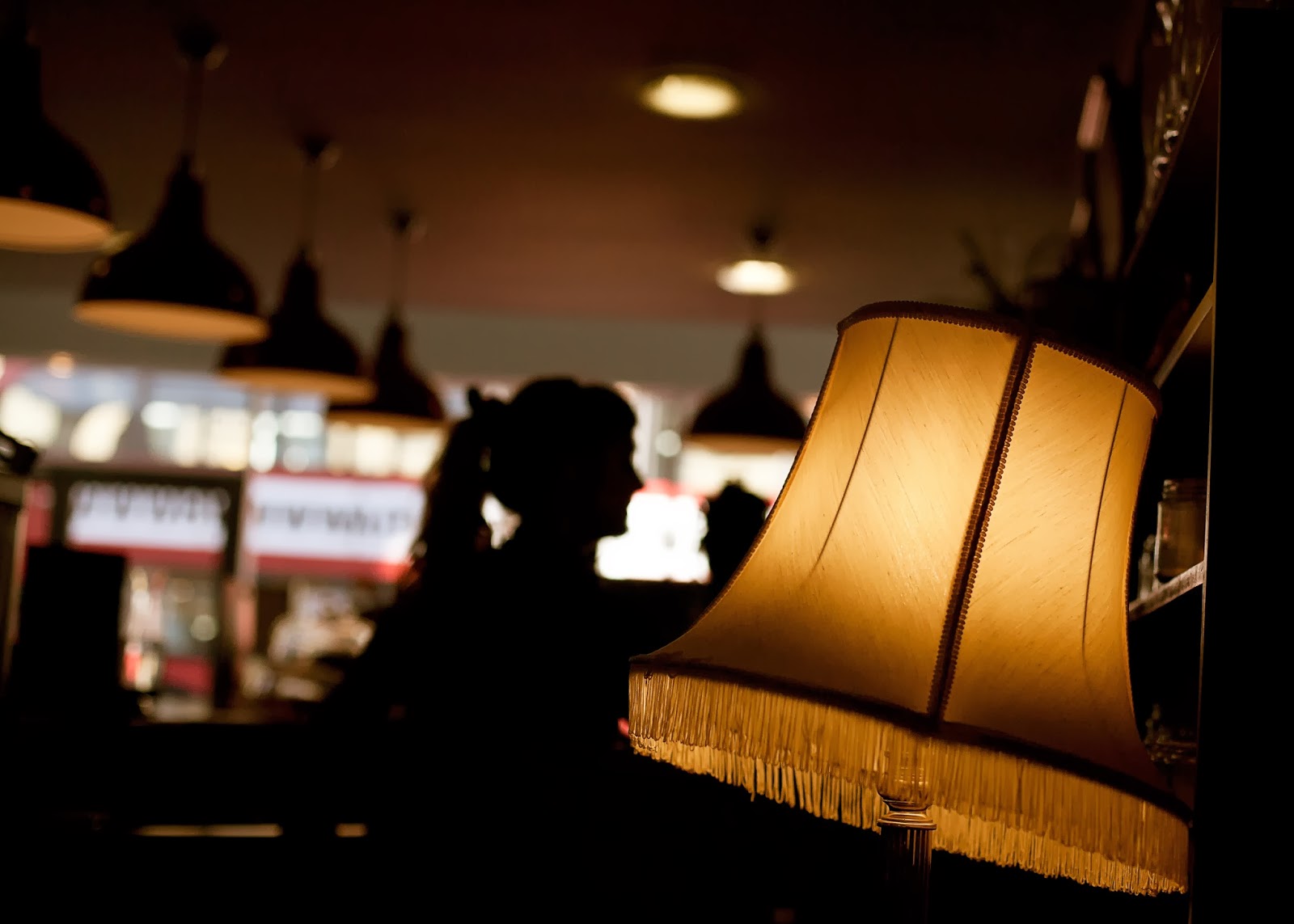 Last weekend was jam packed but somehow I managed to have a lovely long brunch with some of my friends from Borough Belles. A couple of them had never ventured to New Cross before so taking them to Cafe No.178. It's been open a while now and is somewhere that has caught my eye.

I managed to reserve a table for us during the week. I don't usually reserve tables, but on this occasion there was going to be 5 of us, so it seemed sensible. Luke, at No178, was quick in replying and very helpful. 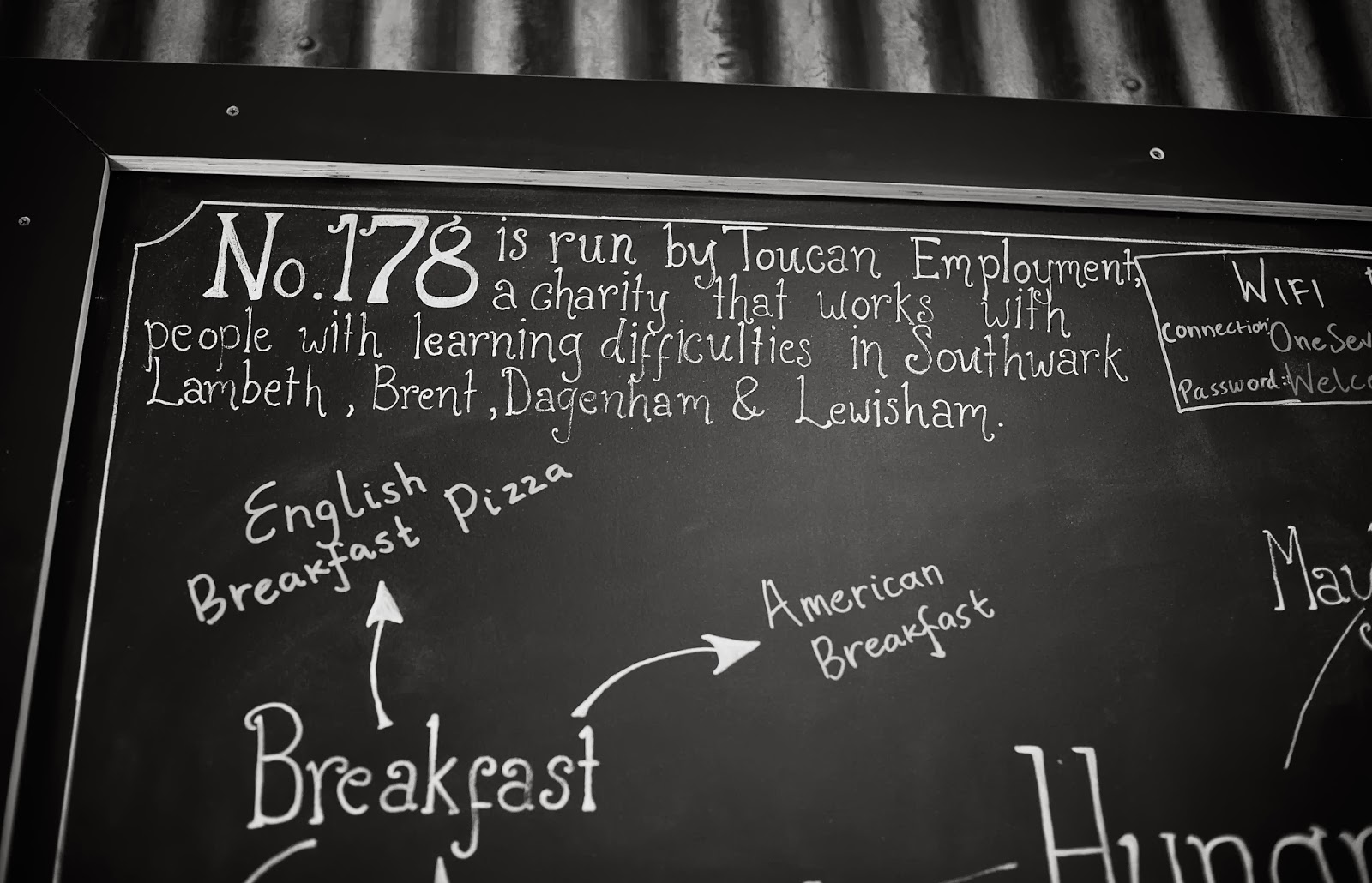 I'd like to tell you a bit about No.178 before I tell you of my experience when I went there.

Cafe No.178 is part of, and run by the Toucan Employment, which is a charity based in the Lewisham, Southwark, Brent & Peckham areas. The charity’s aims is to help people with learning disabilities secure work and employment opportunities in London. Half of Cafe No.178 employees have learning disabilities. But with Toucan employment's hospitality program, they are taught to create menus, cook food, wait tables etc. and prep them for further employment possibilities.

They are set up so that the proceeds made at the Cafe get put back into the charity in different forms. Firstly they have an veg plot based in Honor Oak, that some of the food that is grown there is used in the cafe. Soup also made in the cafe No.178 kitchen is sold on their soup stall, which is based outside the New Cross Post office & also employs adults with learning disabilities. 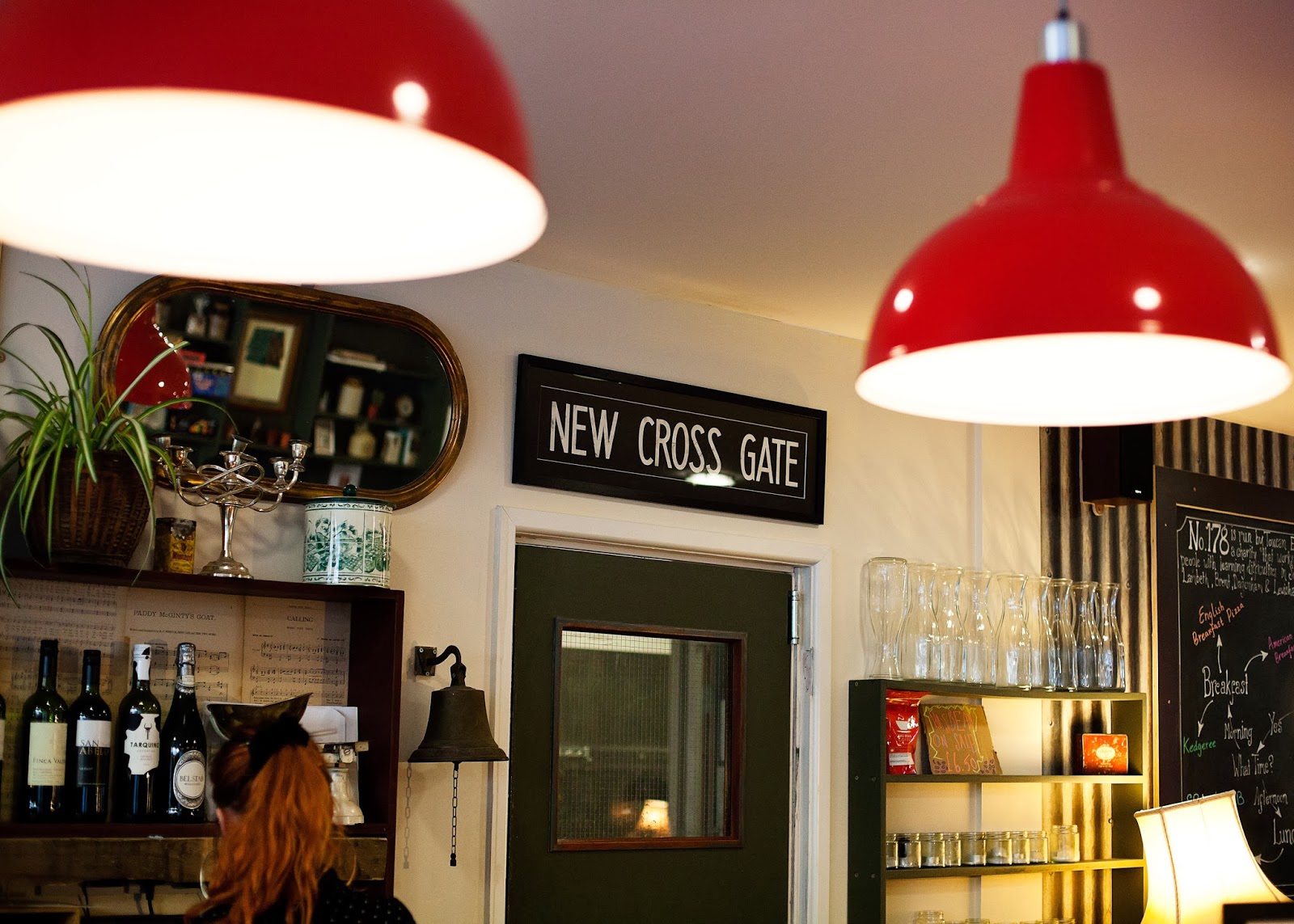 The Trust also uses the funds for their community garden and other projects in the area. Including working with Grow Wild, an organisation that teaches nutrition around New Cross. They have a garden up on Telegraph Hill and run a class called “Chop and Chat”, which is a communal cooking session that they have on Mondays at No.178.

So as you can tell this place is doing good things and is an important part of the community. Knowing this when I arrived I wanted to like Cafe No.178, as was already impressed at their aim and addition to the New Cross community. 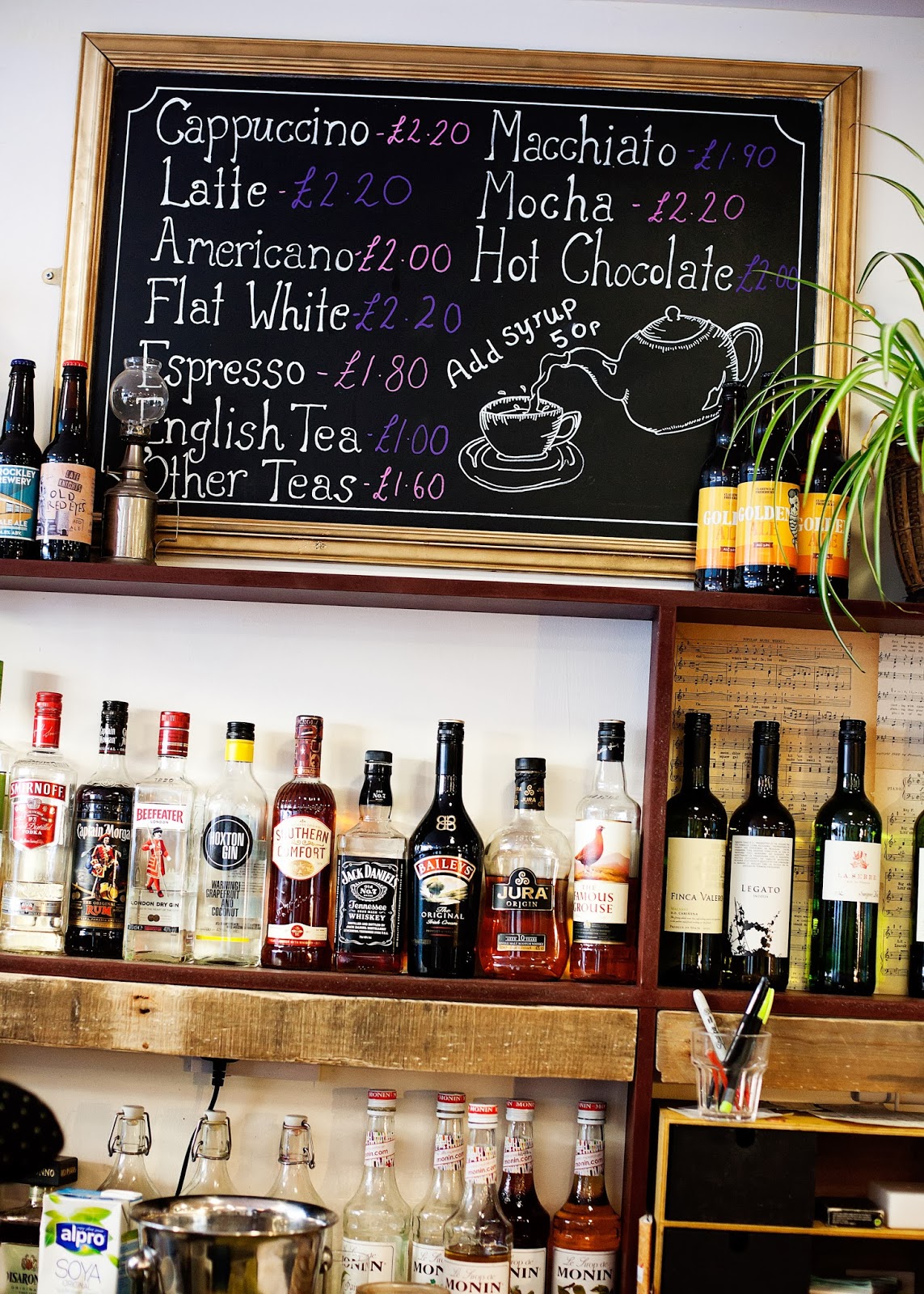 I arrived at the cafe 10 mins late, the cafe was already busy and the girls behind the counter seemed run off their feet. After being shown the table, the Belles arrived and after a brief catch up we ordered some food.

The cafe itself has a great relaxed atmosphere. I loved the decor and the fact that there are board games & books for customers to use. It gives you the impression they want you to stay and not rush. There is plenty of space between tables which is a refreshing change to ramming in as many tables as you can fit in, which you find in so many places these days. Which I have to say stresses me out. 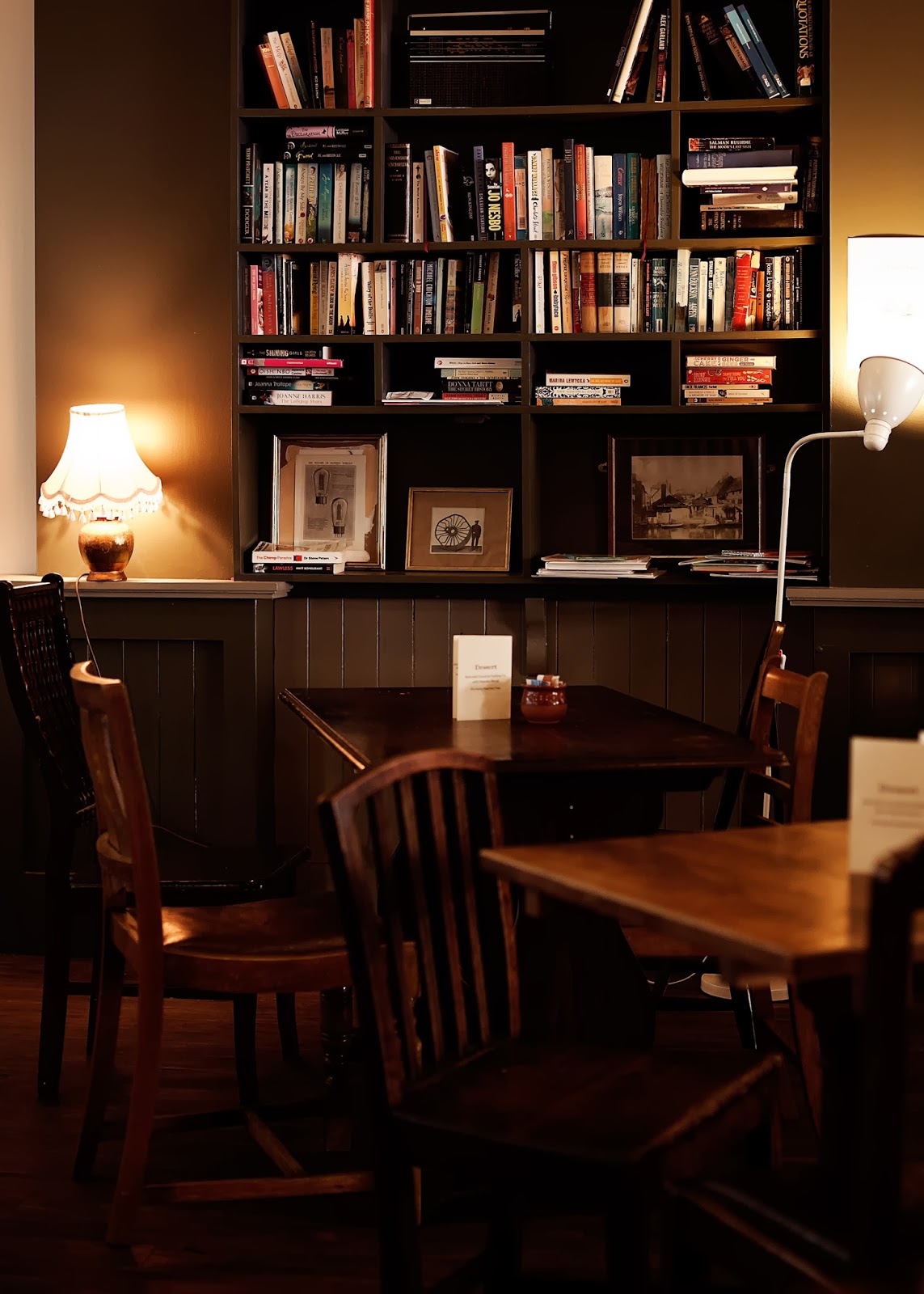 Not only is it a cafe in the day but also has things happening in the evenings and also has a license too. Quiz nights on Wednesdays, live music and dancing on other evenings and they're even hosting a valentine's night this Friday. 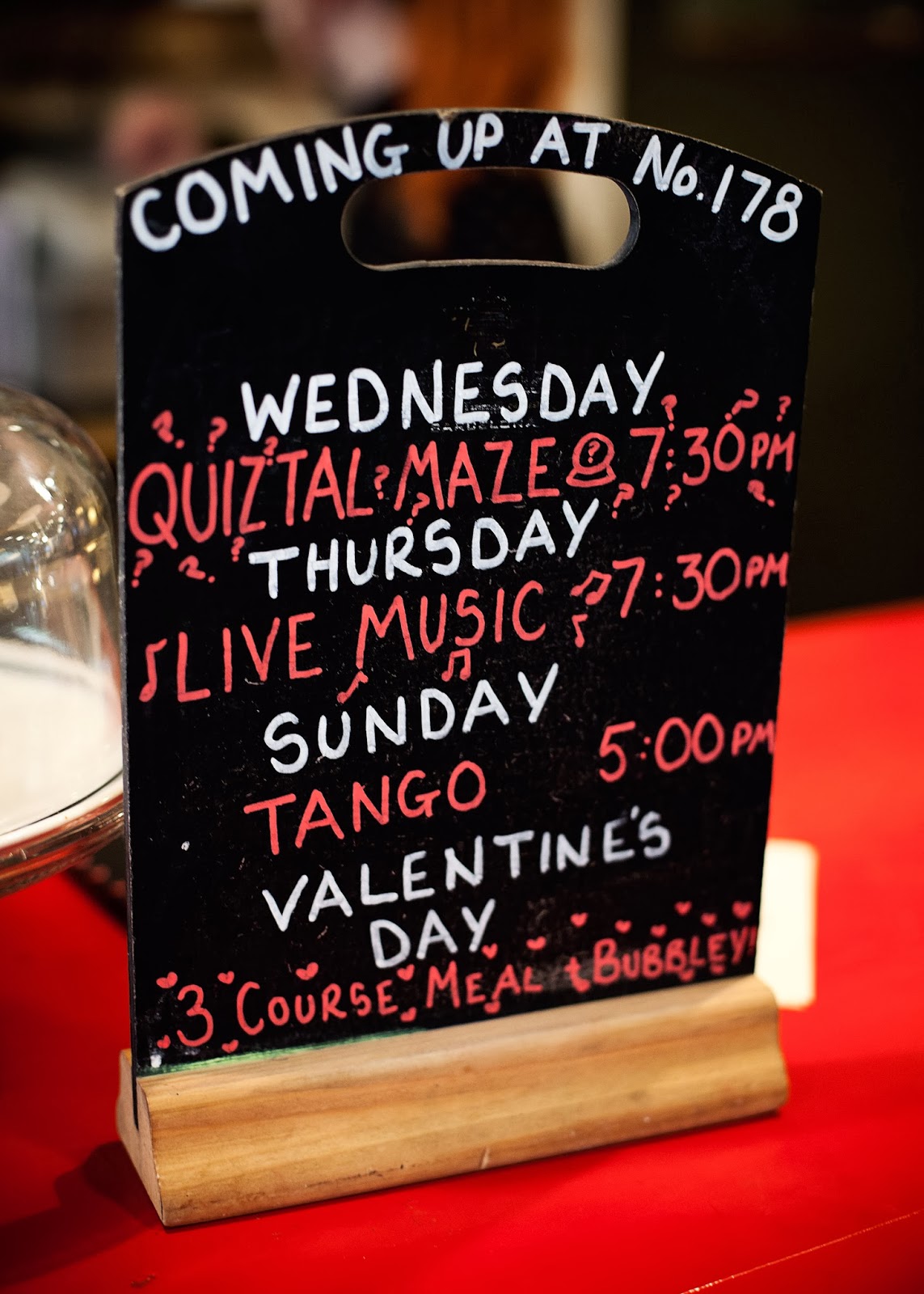 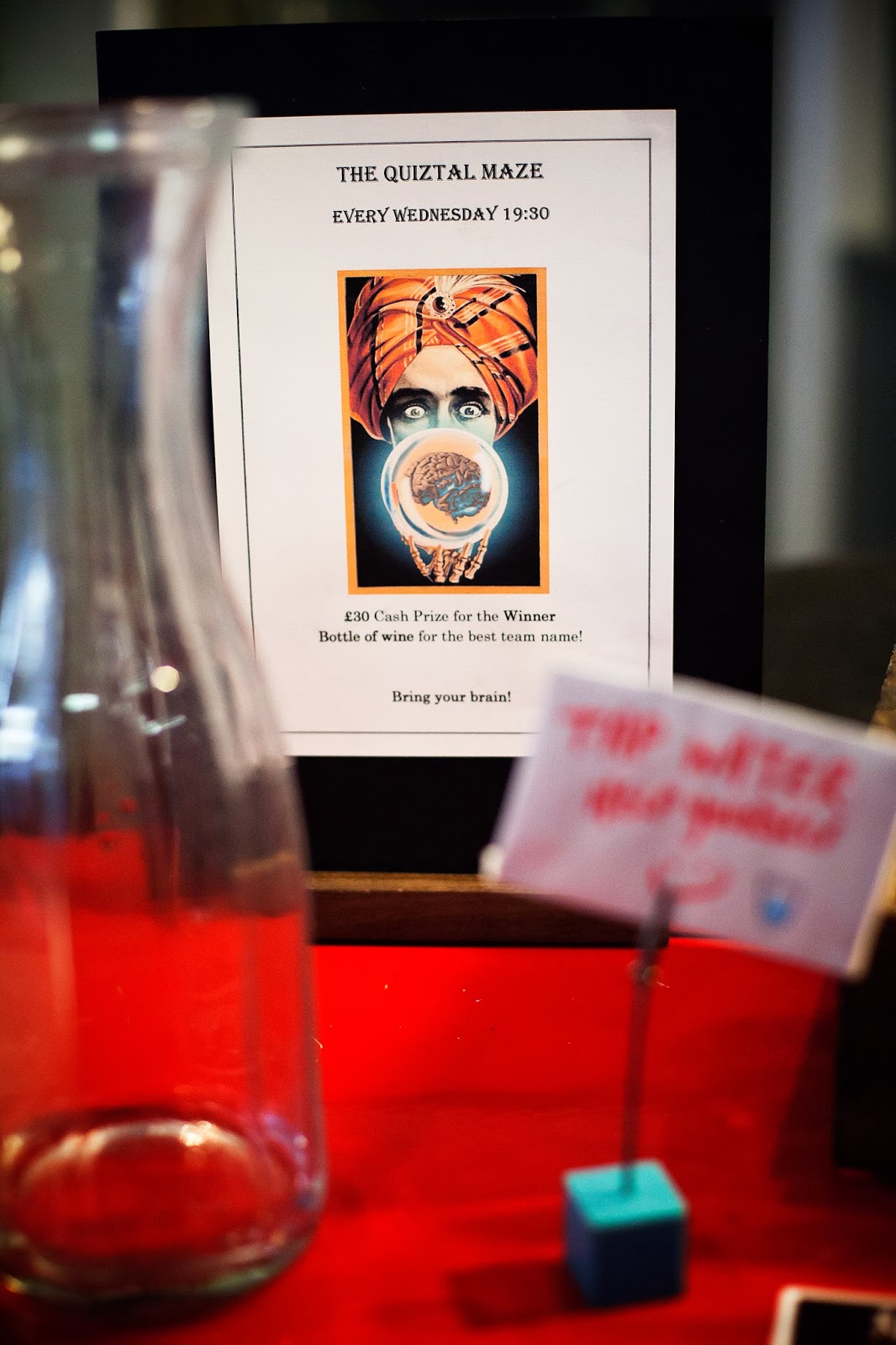 On the cafe side of things I was really impressed with the food I ate and the coffee was delicious. But don't go there in a rush, food arrives when it's ready, as do your drinks. Service may sometimes seem slow, but bear with them. The girls were incredibly thankful for our patience and apologised for the chaos that seemed to surround them.

I went for the Shakshuka – Eggs poached in a spiced Tomato sauce with Pitta and Feta £5.75. Luke informed be that 'Shakshuka' spelling varies as does the country of origin but definitely from the Middle East. Have to say it was delicious and incredibly comforting for a cold raining weekend. The light kick of the spices sorted out the mild hangover I had too ;) 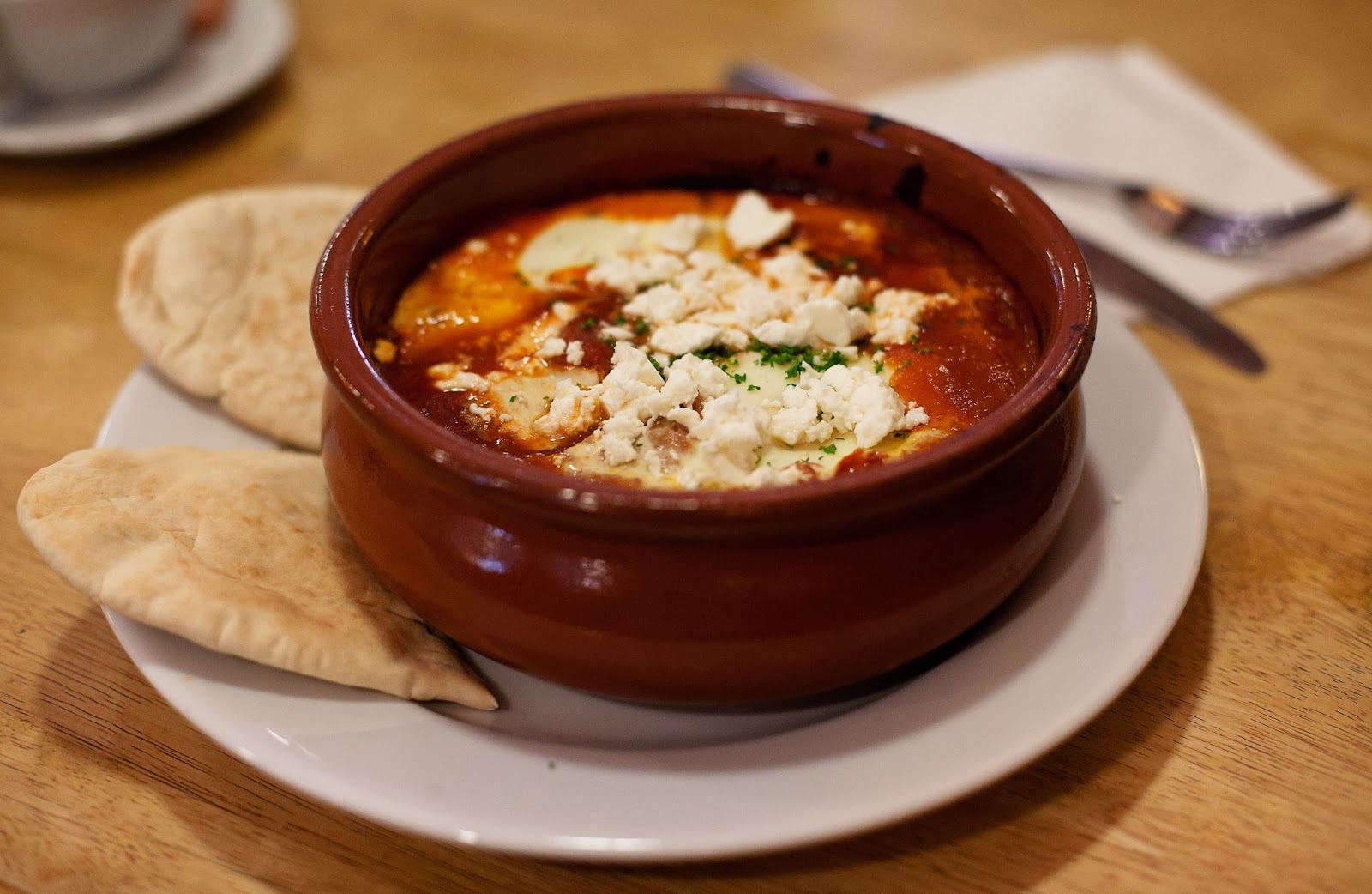 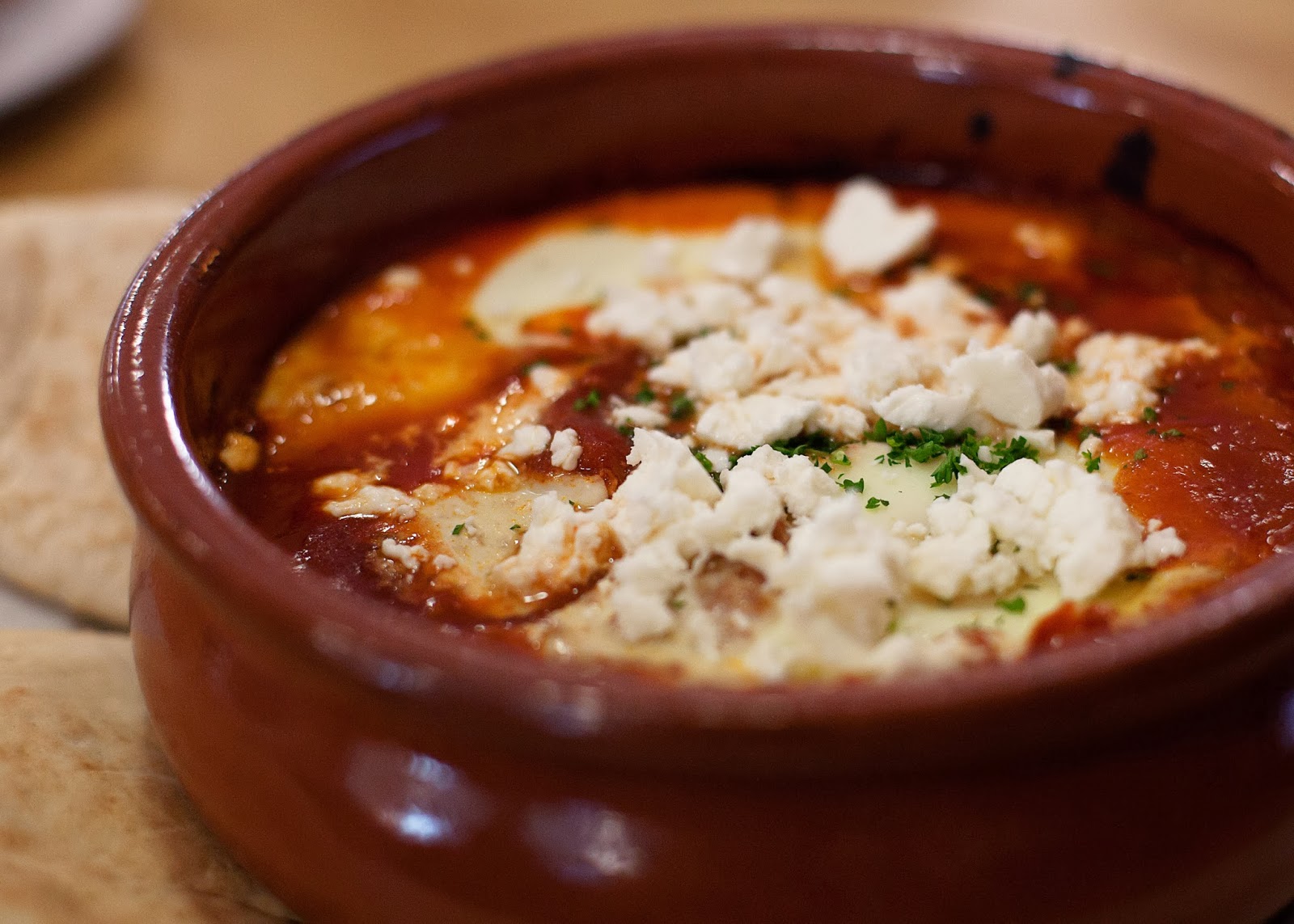 Ellie and Amy couldn't resist and both opted for the pancakes and bacon. They both deemed it tasty and delicious. American Breakfast – pancakes, bacon & maple syrup £4.00 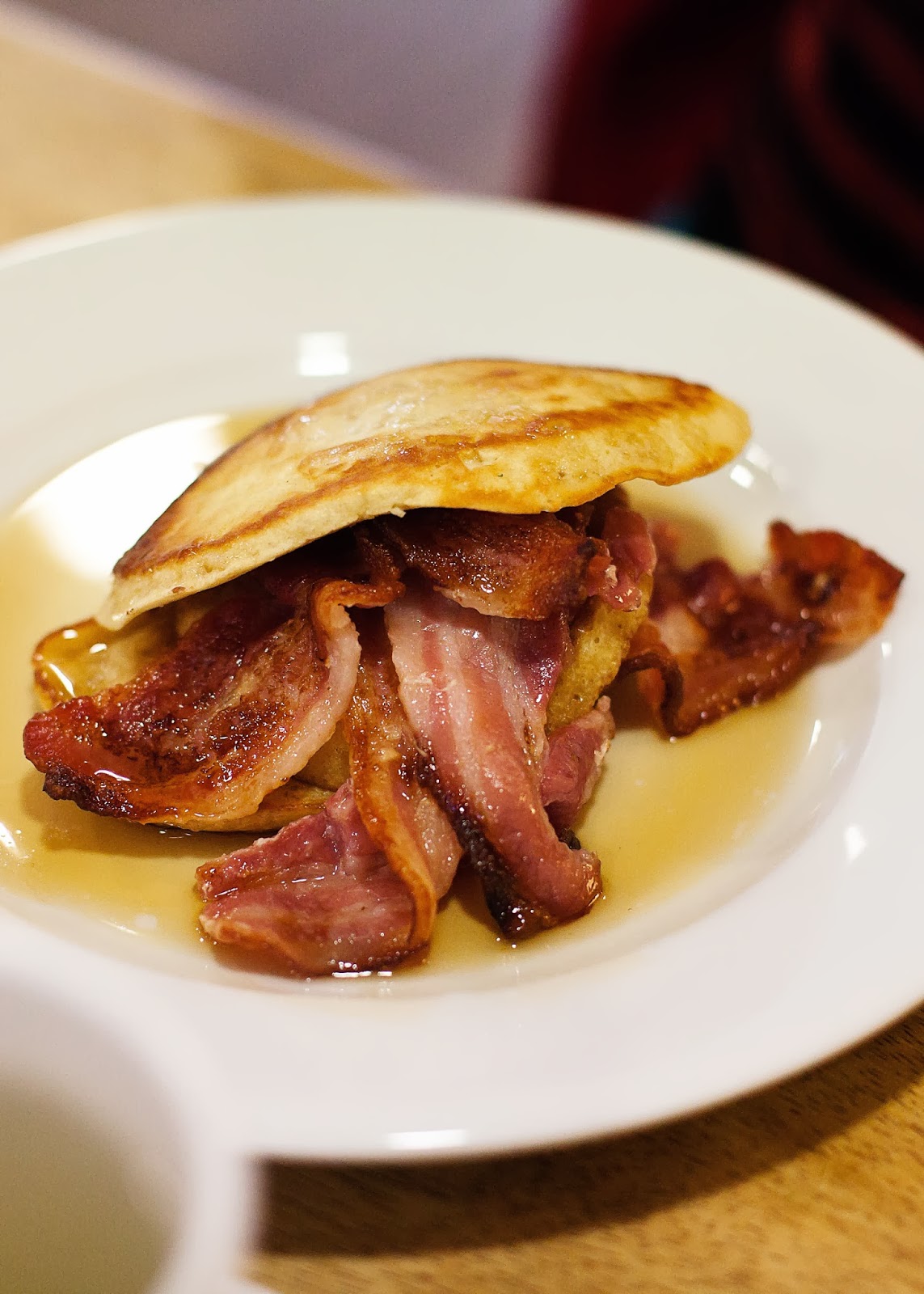 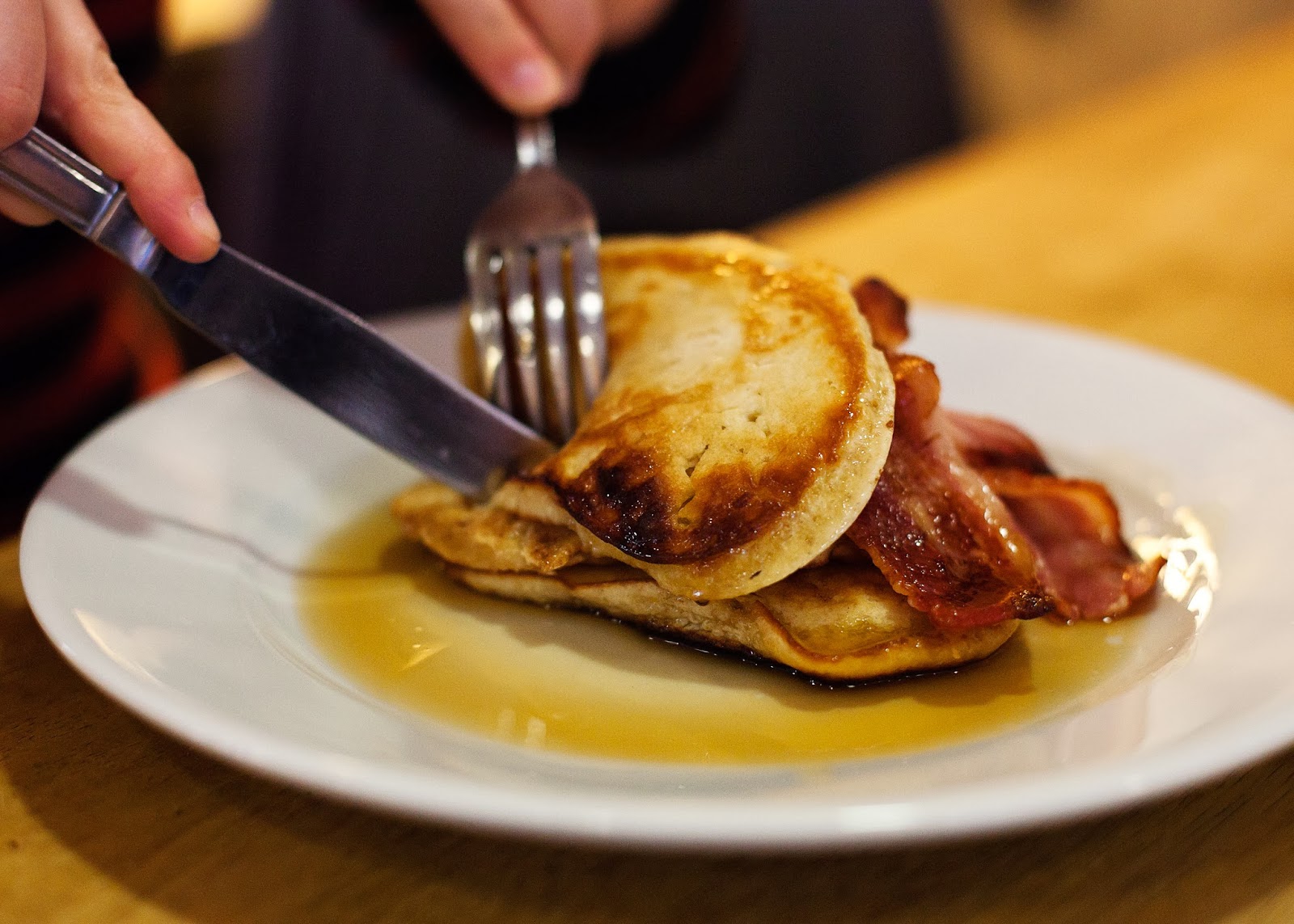 Muireann went for the veggie brekkie, being veggie n all.
Breakfast pizza, no less! I've never heard of it before, let alone seen it. It baked beans on there and everything!?! Veggie Breakfast Pizza –  Egg, Spinach, Mushrooms & Baked Beans, on a crisp Tortilla base £5.75 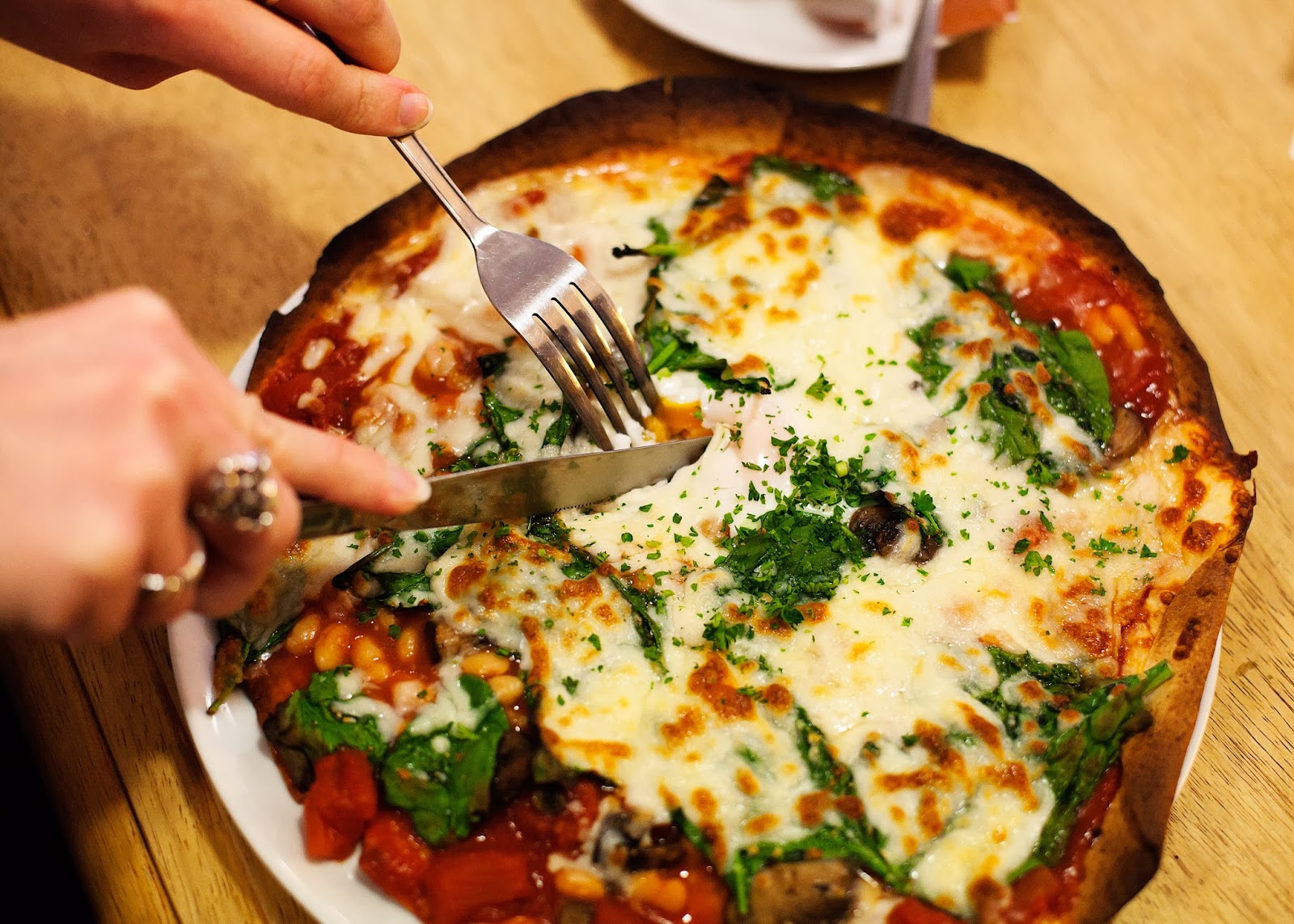 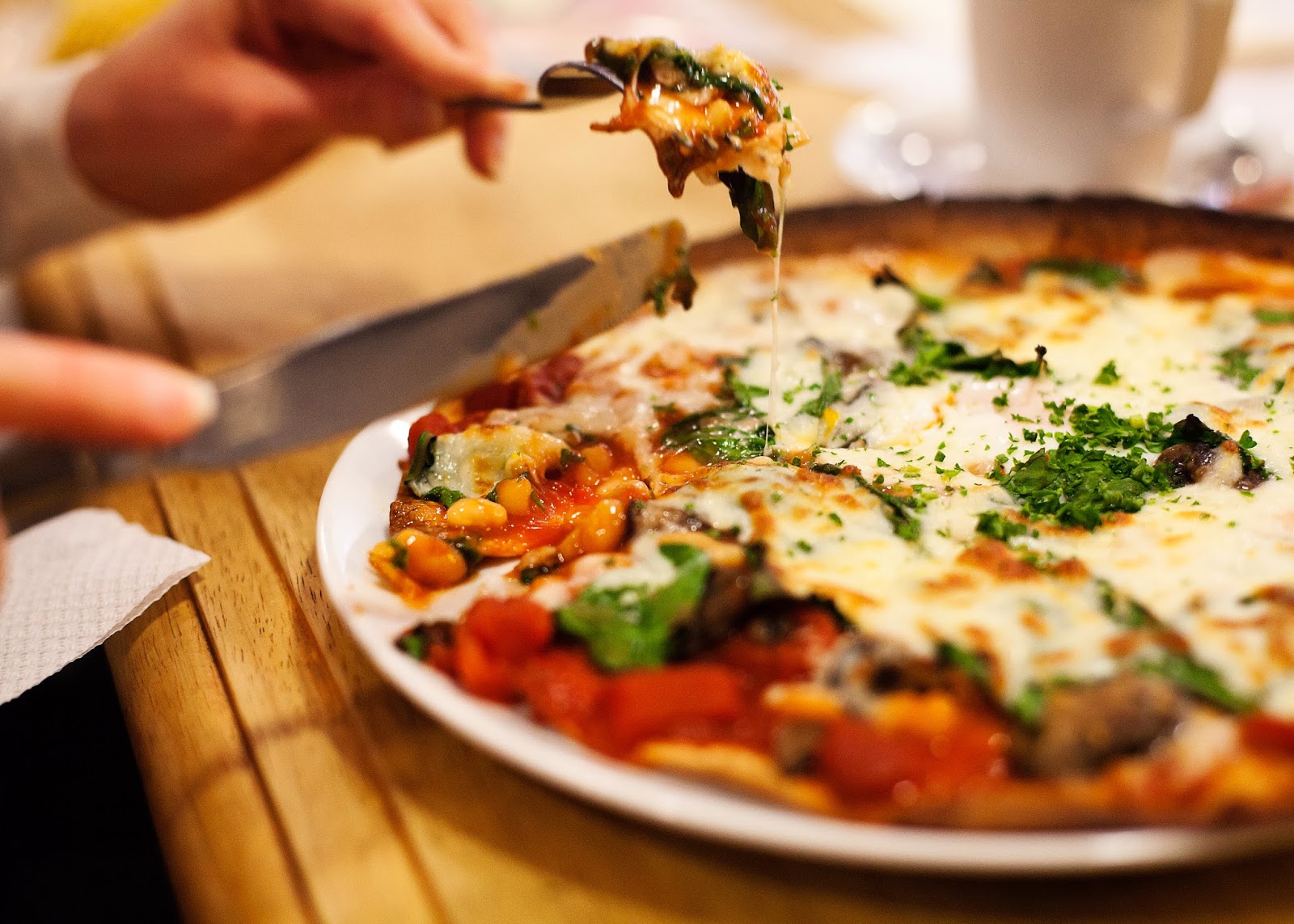 Holly arrived a little later and went for a simple wrap. Not a lot to say here, it was a wrap. Did what it said on the tin, but not very exciting. Alll the same filled the hole. Wensleydale & Chutney (v) £3.50 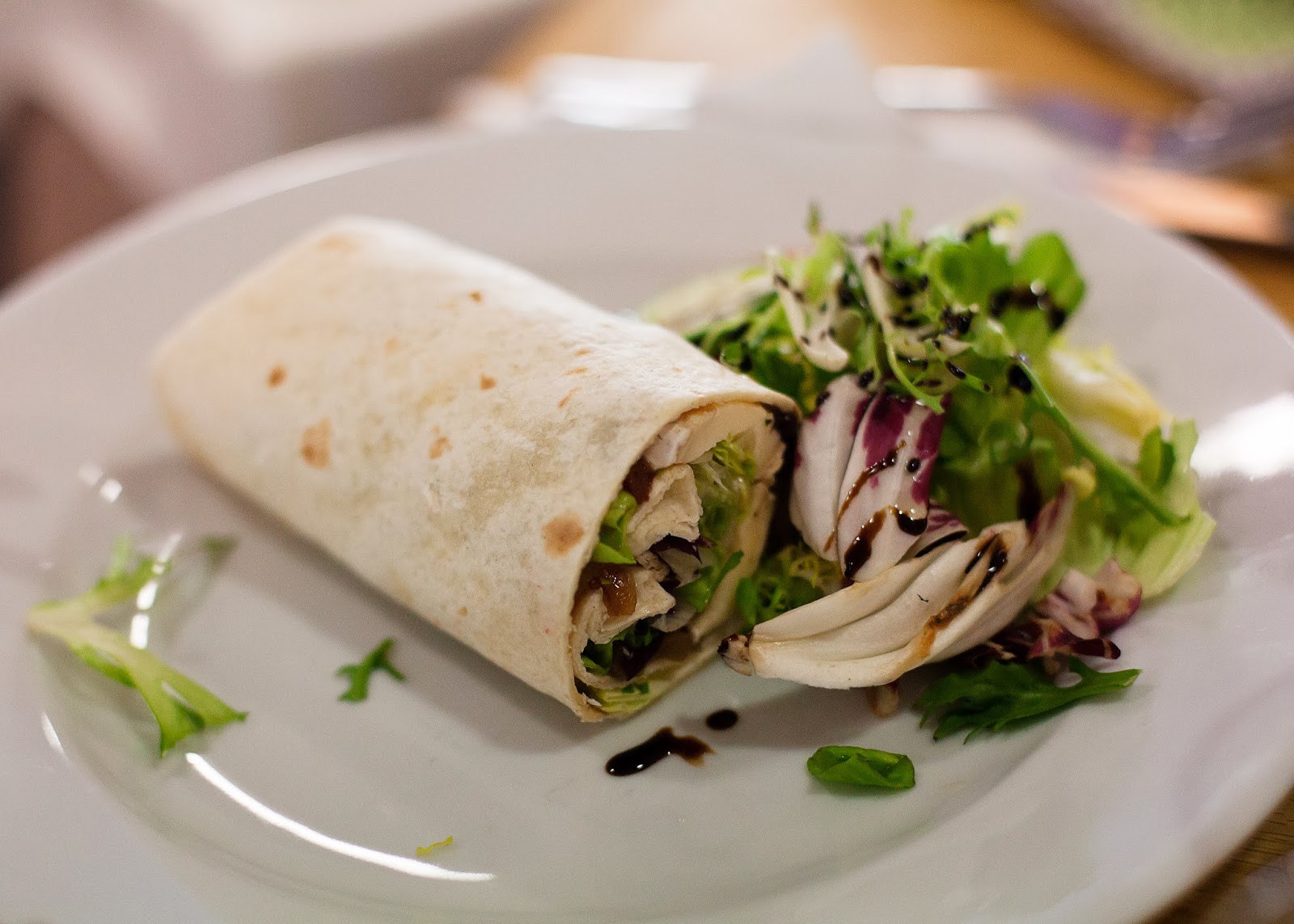 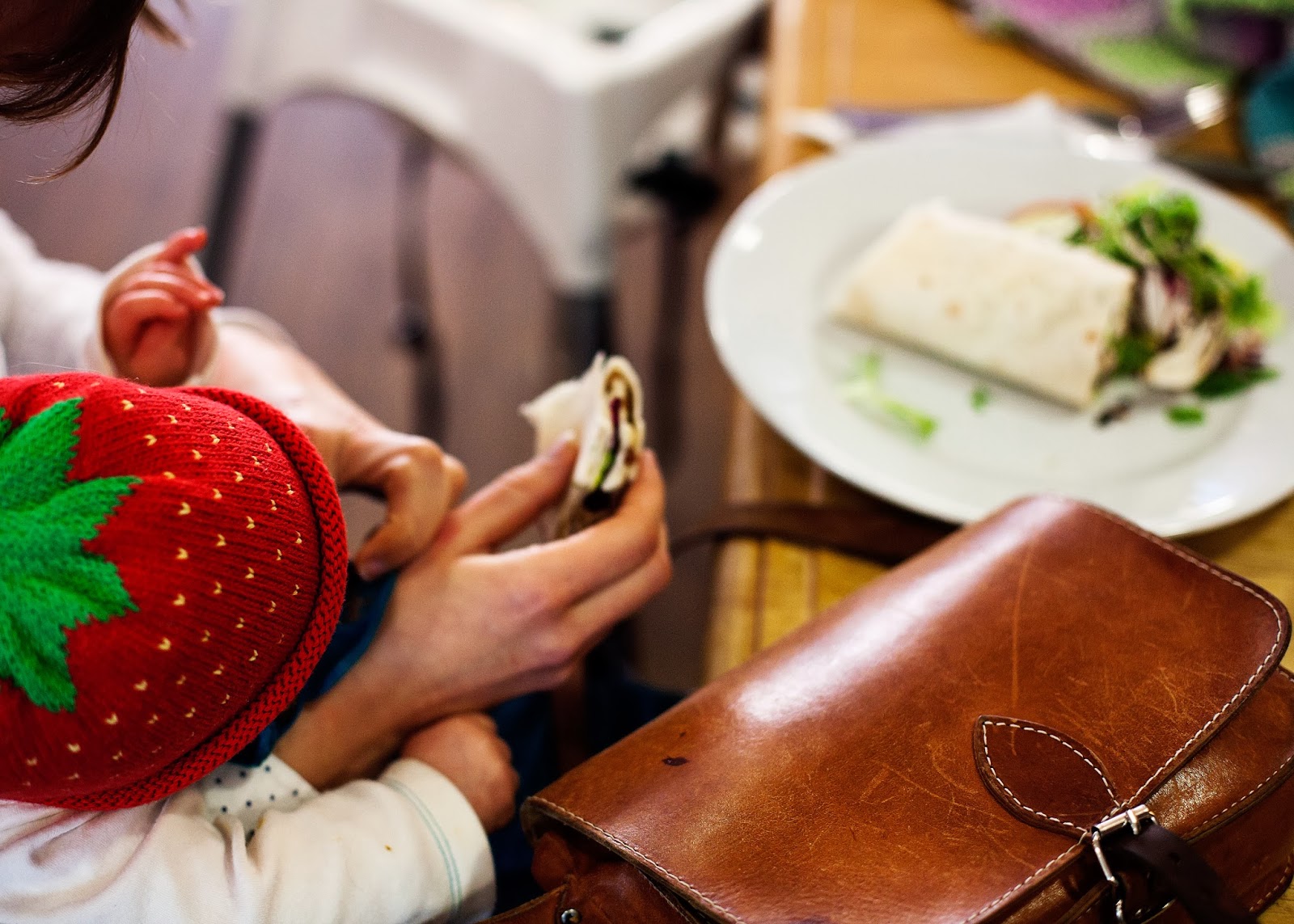 Overall I can conclude I will be back and hopefully will manage to check out some of the other events they have going on at No.178. It is a great place with a great vibe and a very welcome addition to the New Cross scene. 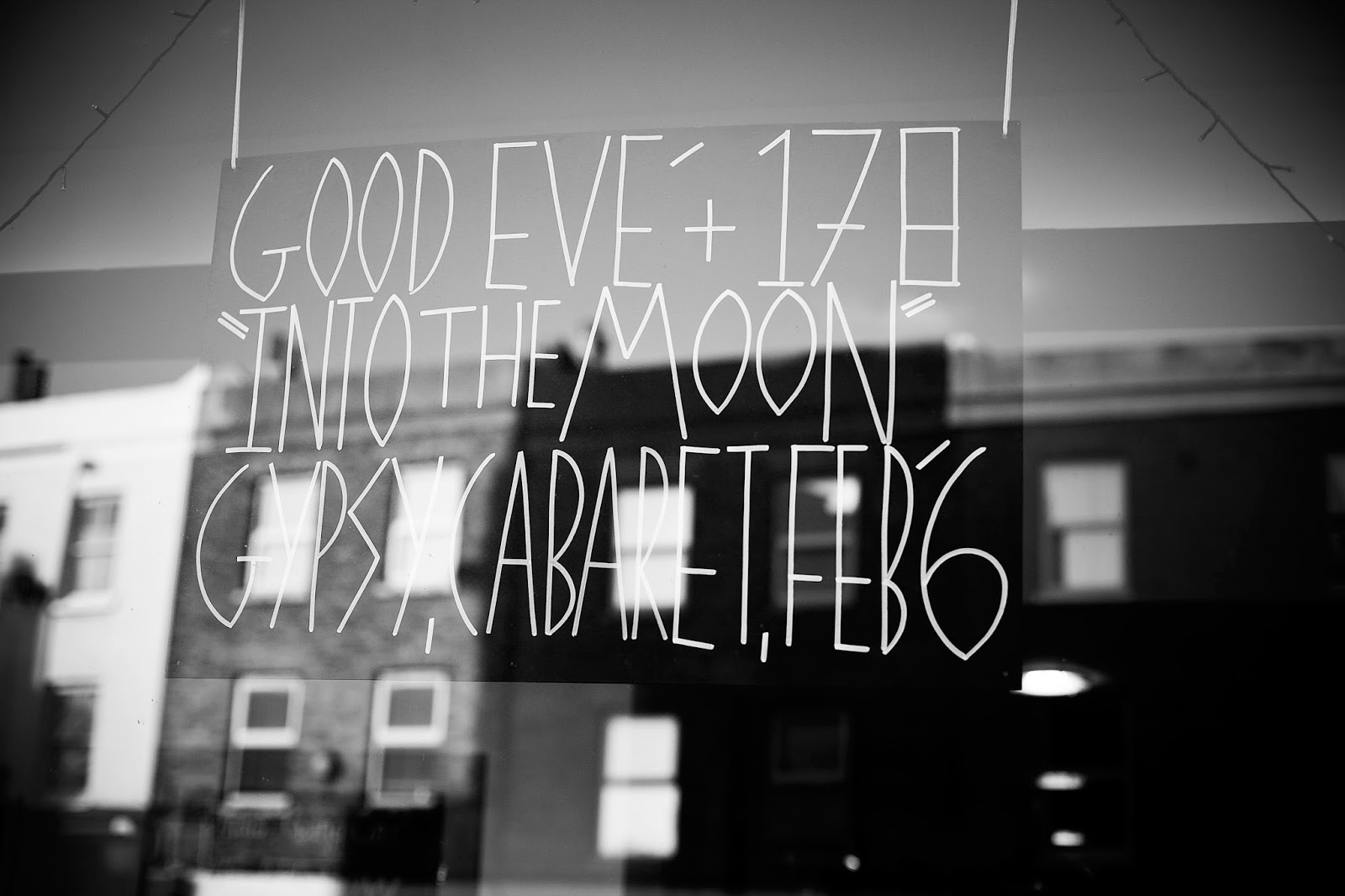 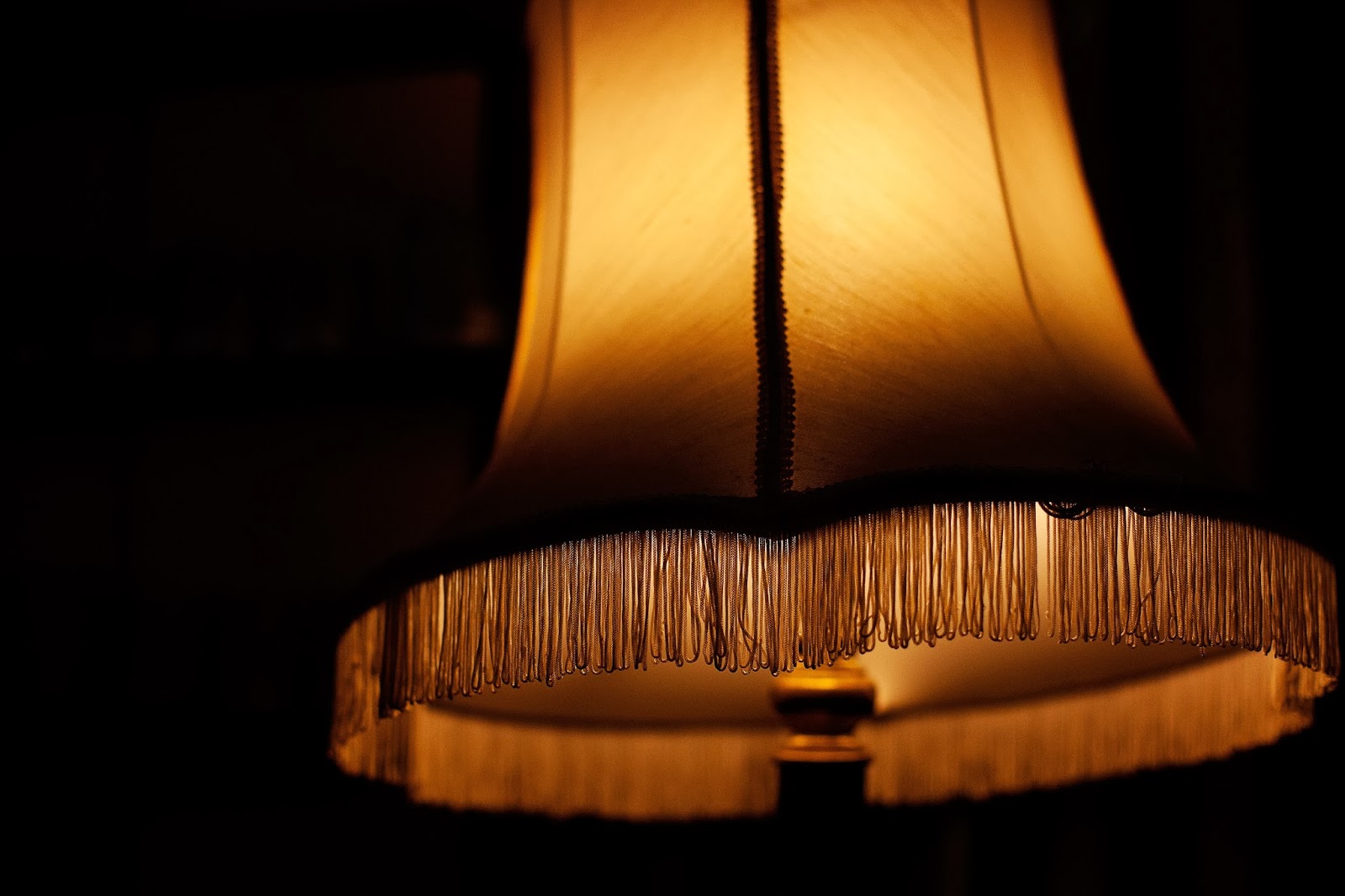 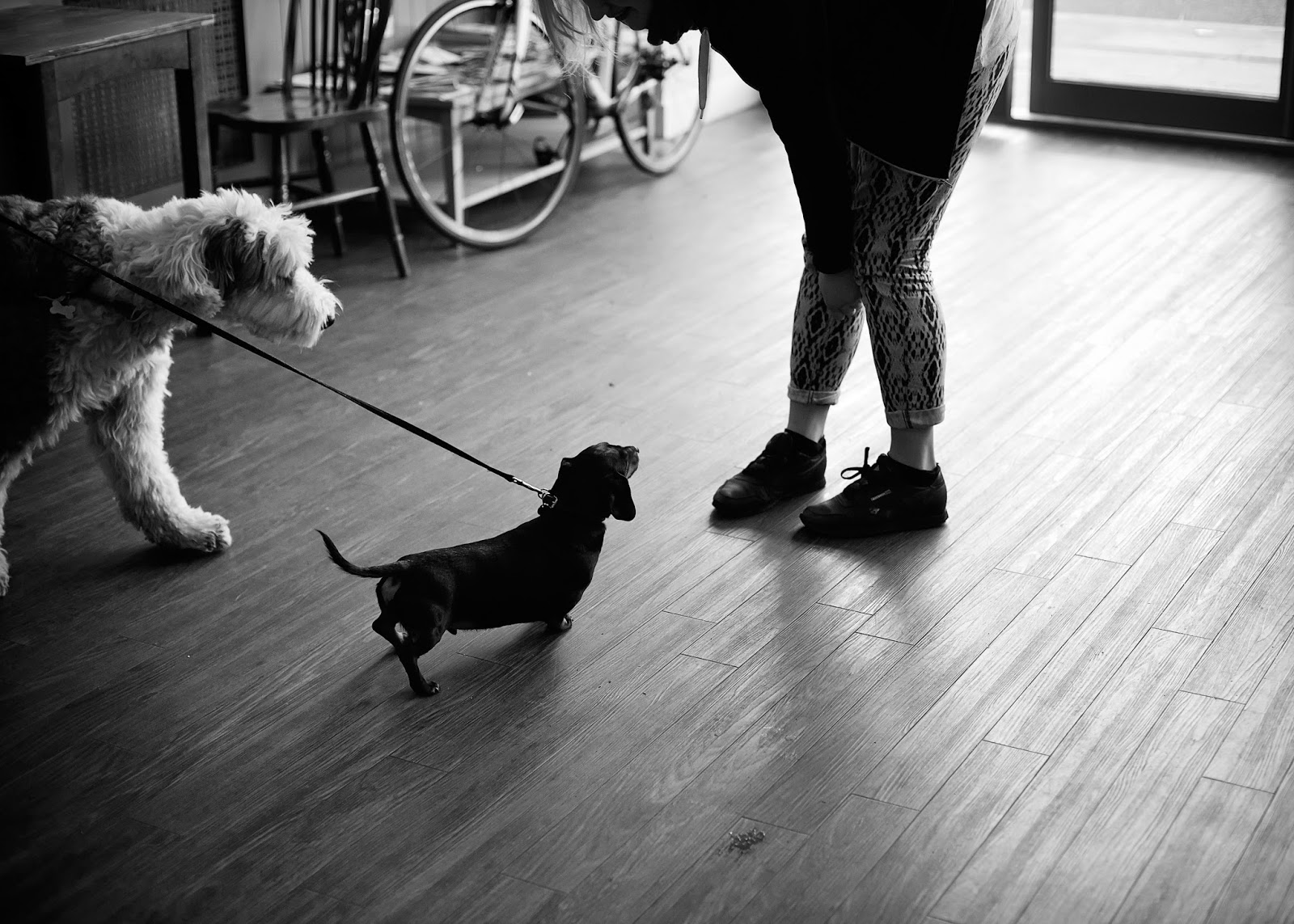